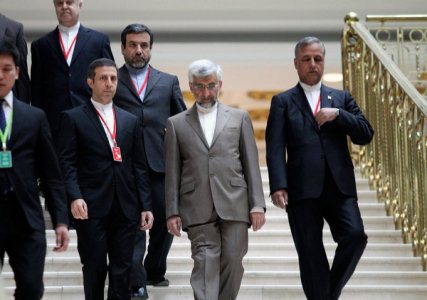 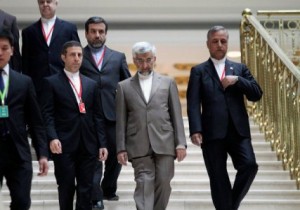 What is the future outlook for the nuclear talks between Iran and the P5+1 group of world powers and will negotiations continue between the two sides? Although some analysts were not positive toward the outcome of Almaty 2 negotiations and mentioned lack of a final agreement between negotiating parties as the main reason behind their pessimism, a review of the remarks made by the Iranian statesmen and the officials of the P5+1 group proves that negotiations have not hit a deadlock and will continue in the future.

Here, two Iranian political analysts reflect on the future outlook of negotiations between Iran and the P5+1.

Iran Should Prove that West Is Not Honest

All Iran wants to achieve through negotiations with the P5+1 group is the recognition by the West of Iran’s right to enrich uranium on its soil as well as the removal of all sanctions imposed by the West against the Islamic Republic in return for the reduction of Iran’s enrichment level from 20 percent to 5 percent. On the other hand, the West seeks to have full supervision over Iran’s nuclear activities in order to make sure that Iran, based on their allegations, has no plan to build a nuclear weapon. The main problem, however, is that the West has not clearly specified what goals it is trying to achieve through that supervision and within what period of time. If these issues were made clear, the fate of the negotiations could be decided more easily. The P5+1, however, have just insisted on the first step. As a result, the west has proposed that Iran should suspend 20-percent enrichment for at least six months and, in return, suffice to have the current ban on trade of gold and other precious metals with Iran be lifted, which Tehran considers an insignificant concession. The natural result of this process is doubt about the fairness of the give-and-take process between the two sides, the subsequent lack of trust, and finally failure to achieve a conclusive result through talks. However, it seems that if Iran accepted to suspend 20-percent enrichment for six months, as proposed by the West, it would be able to prove that the West does not actually want to find a solution to the nuclear issue with Iran and they are not honest about Iran’s nuclear case. Therefore, it is important to see whether the West would put a final limit on its demands from Iran in return for the six-month suspension or not.

Existence of profound historical differences was in fact a major reason which barred Iran and the P5+1 group from achieving a final result through Almaty 2 negotiations. Those differences have been consistently a stumbling block to the achievement of an agreement through negotiations. The Iranian negotiator correctly pointed to this issue and highlighted the root cause of the existing contentions between Iran and the West. Saeed Jalili asked the West to stop its hostility toward Iran which according to him is the root cause of Iran’s problems with the West. This issue is also indicative of the existence of lasting distrust between the two sides which has already left its mark on the negotiations over Iran’s nuclear energy program. During all previous rounds of negotiations between Iran and the P5+1 group, the two sides ignored the effects of the age-old and profound historical differences and decided to just focus on the existing problems, which they failed to resolve. In Almaty 2 talks, both Iran and the P5+1 group paid more attention to details, but as long as the main reasons behind the existing wide gap between Iran and the West are still in place, the nuclear issue will also remain unresolved. Therefore, it would be logical to say that even if Iran’s nuclear issue is resolved, the West will find new excuses to continue its hostility toward Iran as a result of the aforesaid historical reasons. In view of the above facts, nobody should expect a speedy resolution to Iran’s nuclear issue in the short run.