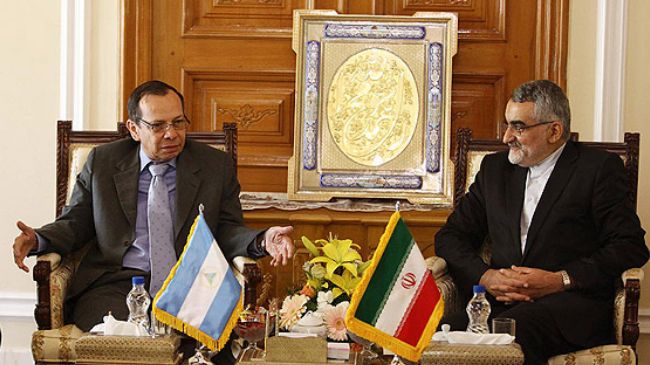 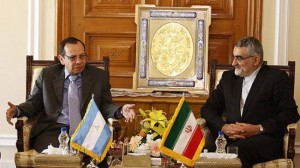 A senior Iranian lawmaker says the use of nuclear energy for peaceful purposes is Iran’s inalienable right, stressing that the country will never bow to Western pressure.

“Accessing peaceful nuclear know-how is an indisputable right for Iran and the Iranian nation will defend its rights in all fields,” head of the Majlis National Security and Foreign Policy Committee Alaeddin Boroujerdi said.

The lawmaker made the remarks in a meeting with President of the Nicaraguan National Assembly Rene Nunez Tellez in Tehran on Monday.

Iran and the five permanent members of the UN Security Council plus Germany (P5+1) held two days of comprehensive talks with the main focus on the Iranian nuclear energy program in the Kazakh city of Almaty from April 5-6.

During the meeting, Iran presented the P5+1 with the details of its proposals and said it was now up to the group to decide on how to respond to the Iranian proposals.

EU foreign policy chief Catherine Ashton, who represents the P5+1 group of world powers, said in a Saturday press conference on that the two sides of the negotiations “remain far apart on the substance” of the talks.

“Iran attaches great significance to the expansion of all-out cooperation with all independent Latin American countries,” the senior Iranian legislator pointed out.

The Nicaraguan president of the National Assembly, for his part, expressed solidarity with Iran to counter spiteful campaign and the pressure exerted by world powers.

Rene Nunez Tellez said the Nicaraguan parliament would continue supporting Iran’s stance in international circles and called on the two countries to utilize their utmost capabilities to strengthen relations.