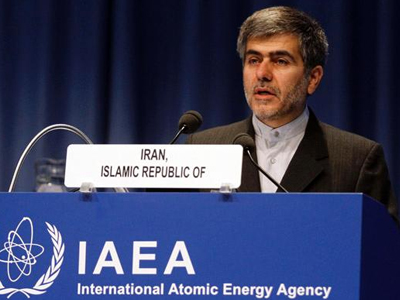 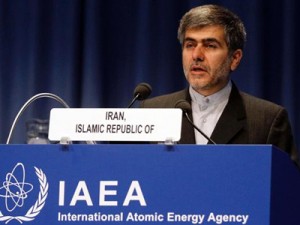 Iran insisted on Tuesday it will not suspend its enrichment of uranium to 20 percent nor will it ship out its existing stockpile — two keys demands of world powers in failed nuclear talks with Tehran.

“We will continue to enrich uranium to 20 percent purity as long as it is needed to fuel the Tehran research reactor,” atomic chief Feryedoon Abbasi Davani told reporters in remarks published by the ISNA news agency.

Iran, he said, will neither “ship out its stockpile nor dilute the material” — which at 20 percent purity is only a few technical steps short of bomb-grade enriched uranium.

The two issues have been at the centre of nuclear talks between Iran and six world powers in Almaty, which ended in deadlock at the weekend.

The so-called group of P5+1, comprising the United States, Britain, France, China and Russia plus Germany, are engaged in a diplomatic effort to convince Iran to curb its nuclear activities in return for some sanctions relief.

But Abbasi Davani said those offers need to be upgraded to a more “logical proposal”. He did not elaborate.

According to the latest report by the UN’s atomic watchdog agency, Iran has amassed 280 kilograms of uranium enriched to 20 percent, 115 kilos of which have been converted into fuel.

Iran’s insistence that its controversial nuclear program is aimed only at developing a peaceful energy program are disputed by Western powers, who along with Israel believe the Islamic republic is masking efforts to build an atom bomb.

Iran has been slapped with a set of U.N. Security Council sanctions for refusing to halt its enrichment work.

Those measures, reinforced by multiple sanctions by the United States and the European Union choking Iran’s access to global banking sector and its vital oil income, have worsened an already ailing economy struggling with high inflation and unemployment.