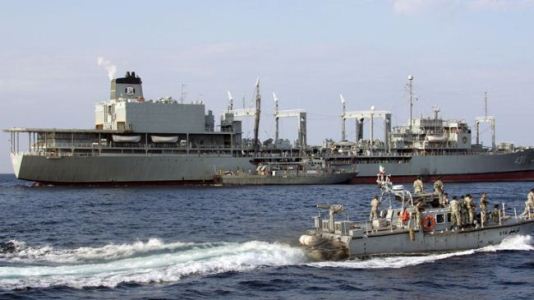 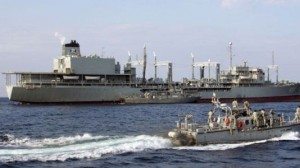 The 24th fleet of Iran’s Navy has returned home after successfully conducting a 72-day mission in international waters to provide maritime security in the region.

Iran’s Navy Commander Rear Admiral Habibollah Sayyari said on Thursday that presence in the Indian and Pacific oceans and the China Sea, patrolling Southeast Asia’s strategic Strait of Malacca, crossing the Equator, docking at China’s Zhangjiagang port and identifying 370 surface and subsurface vessel units were among the important tasks carried out by the fleet.

He added that the Navy’s 24th fleet consisted of Sabalan destroyer and Kharg helicopter carrier along with 800 naval personnel.

Iran’s Kharg helicopter carrier is 207 meters long and the largest of its kind in West Asia. The carrier operates as a backup aircraft transport for the Iranian Navy’s destroyers in international waters.

He added that Iran’s Navy can play a role in maintaining the Islamic Republic’s dignity and independence and expressed hope that it would boost its presence in the high seas and other oceans.

In line with the international efforts to combat piracy, the Iranian Navy has also been conducting anti-piracy patrols in the Gulf of Aden since November 2008 to safeguard the vessels involved in maritime trade, especially the ships and oil tankers owned or leased by Iran.