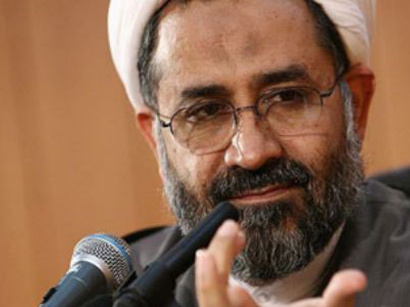 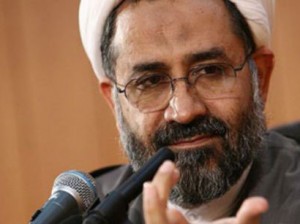 Iran’s Intelligence Minister Heidar Moslehi has met with speaker of the Iraqi parliament, emphasizing the need for ridding the nation of foreign intervention and maintaining national unity among its diverse ethnic groups.

In a Tuesday meeting with Iraq’s Parliament Speaker Osama al-Nujaifi in the capital city of Baghdad, Moslehi further emphasized the significance of maintaining the nation’s sovereignty and independence, adding that while the issue is critical for Iraq’s security, it also satisfies the Islamic Republic’s security requirements.

Referring to the existing complaints and difficulties in Iraq, the Iranian intelligence minister also underlined the need to prevent foreign intervention in the Arab country’s developments.

Moslehi further pointed to the significance of collaborations between all Iraqi ethnic groups, whether Shia, Sunni or Kurd to resolve the domestic crises in the country.

During the meeting, al-Nujaifi welcomed Moslehi’s remarks and described foreign intervention as the cause of Iraq’s current difficulties.

The Iraqi parliament speaker also pointed to the political differences within the Iraqi nation, adding that officials are making great efforts to bring together differing views of all groups involved.

The Iranian intelligence minister is due to meet with Iraq’s Prime Minister Nouri al-Maliki later on Tuesday.

Moslehi arrived in Baghdad on Monday heading a delegation and was welcomed by Faleh Fayyaz, the National Security advisor of the Iraqi government.

The Iranian minister said his visit to Iraq was aimed at exploring avenues for enhancing Tehran-Baghdad relations, particularly in the fields of security.