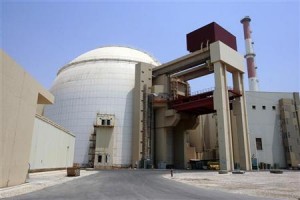 (Reuters) – U.S. President Barack Obama insisted on Monday that “now is the time” for Iran to take meaningful steps to resolve its nuclear standoff with the West as he issued a direct appeal to the Iranian people on the eve of his first official trip to Israel.

Obama used the occasion of Iran’s new year celebration, as he has in the past, to try to ratchet up pressure on Tehran. But this time he focused squarely on its disputed nuclear program, which is expected to be high on the agenda when he visits Israel, Iran’s arch-foe.

In the video message with Farsi subtitles, Obama coupled a call for Tehran to meet international demands to curb its nuclear ambitions with a warning that otherwise it would face further isolation – a suggestion that it could be hit with even tighter sanctions.

In his statement to the Iranian people marking the Persian new year known as Nowruz, he stopped short of threatening military action if diplomacy and sanctions fail.

In an interview on Israeli television last week, Obama made clear that military force remained a U.S. option as a last resort.

“Now is the time for the Iranian government to take immediate and meaningful steps to reduce tensions and work toward an enduring, long-term settlement of the nuclear issue,” he said as Tehran and world powers prepare for another round of nuclear talks in early April.

Tempering his warning, Obama said the United States preferred a peaceful, diplomatic solution to the dispute that would give Tehran access to peaceful nuclear energy and “its rightful place among the community of nations.”

“If the Iranian government continues down its current path, it will only further isolate Iran. This is the choice now before Iran’s leaders,” he said.

Tehran denies it is seeking a nuclear weapon.

OBAMA LEAVES FOR ISRAEL ON TUESDAY

Obama leaves on Tuesday night for Israel, where he will hold talks on Wednesday with Prime Minister Benjamin Netanyahu, who has repeatedly called for a “credible” military threat against Iran and hinted at the prospect of a unilateral Israeli attack.

Netanyahu last year set a “red line” for Iran, and Israeli officials have warned this tipping point could be reached by the spring or summer of 2013. Obama, who has urged patience from Netanyahu, said last week that Iran was still more than a year away from developing a nuclear bomb if it made the final decision to build one.

Meantime, Iran’s latest talks with Washington and other world powers plus adjustments in Tehran’s uranium enrichment processes are widely thought to have pushed back the Israeli deadline, making an imminent attack unlikely.

Obama will use his visit to Israel to reach out to a weary Israeli public and try to convince them of his commitment to their security.

At the same time, his latest appeal to the Iranian people is a far cry from when he took office seeking diplomatic engagement with Iranian leaders and promising a new beginning.

Iran’s rebuff was followed by Obama’s pursuit of tough international sanctions, which have taken a serious toll on the Iranian economy.

“Iran’s leaders say that their nuclear program is for medical research and electricity. To date, however, they have been unable to convince the international community that their nuclear activities are solely for peaceful purposes,” Obama said in his latest message.

“The people of Iran have paid a high and unnecessary price because of your leaders’ unwillingness to address this issue,” he said.