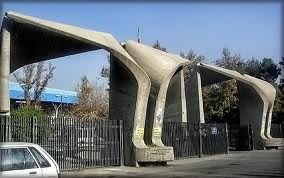 Leaders of top Iranian universities to be fired

Iranian President Mahmoud Ahmadinejad has instructed his Minister of Science and Technology to dismiss the heads of the Tehran and Tarbiat Modarres universities, referring to them as “possible security” concerns.

Iranian media report that the president sent a letter on Monday to Kamran Daneshjoo, saying: “Unfortunately I have been given accurate intelligence that at the country’s two most important universities, Tehran University, our top university, and Tarbiat Modarres University, the official institution for training educators, the general management is such that the atmosphere, far from being constructive, is in effect opposed to the general direction of our people and the requirements of academia.”

Following the removal of the health minister, Marzieh Vahid Dastjerdi, there were rumours about the dismissal of these university heads, which were denied at the time.

Some analysts have interpreted the shuffling of administrators in the Ahmadinejad government as part of the president’s disputes with the other branches of government as well as his strategy to retain some power and engage his allies in the coming presidential election, in which he cannot run as a candidate.