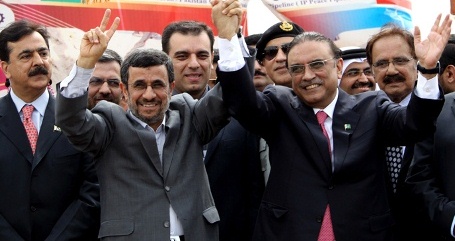 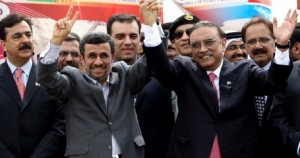 The pipeline will bring more than simply an economic boost to both countries; it is a crucial guidepost on the path to peace. After generations of conflict, Iran and Pakistan are taking their economic destinies into their own hands – together.

The pipeline, which would bring Iranian gas to Pakistan through its western Balochistan province, will stretch almost 1,000 miles (1,600 km) from Iran’s gas-rich Asalouyeh region into the Pakistani heartland, supplying major cities like Karachi and Islamabad with much needed, reliable energy while carrying a pricetag of roughly $1.5 billion. Similarly, the project is critical for Iran as it struggles to survive and grow amid the hostility of US-European sanctions.

The Benefits for Both Countries

It is against the backdrop of brutal, draconian sanctions initiated by the US and its European partners, that Tehran has taken the countermeasure to develop itself and the region, constructing an economically independent framework of relations not beholden to Western financiers.  Undoubtedly, the centerpiece of this strategy of economic independence as a means of anti-imperialist resistance is the Iran-Pakistan pipeline.  The project, already nearing completion on the Iranian side of the border, would bring desperately needed Iranian gas to energy-starved Pakistan – a country battling a perpetual energy shortage.  Needless to say, the project is critical for the economic survival of both nations.

For Iran, the pipeline means economic stability at a time of tremendous turmoil.  While the Islamic Republic often downplays the impact of the sanctions, the reality is inescapable: an inflation rate hovering around 30% , the loss of key regional markets such as India, and the continued shortage of medicines and staple foods among other things .  These problems plaguing the Iranian economy require both short-term and long-term solutions.  The pipeline conveniently addresses both as it provides Tehran with much needed energy revenue today, while offering the potential for increased revenue and infrastructure expansion in the future.  Essentially then, the pipeline is really more of a lifeline, anchoring the Iranian economy for decades to come.

Like their Iranian neighbors, Pakistan also has had to address glaring economic deficiencies, particularly with regard to the energy sector. A recent poll unsurprisingly showed that energy shortages, along with unemployment, remain the greatest economic issues facing the country.  Public anger over the inability of the government to meet the country’s electricity demands has boiled over in the form of riots numerous times, most recently in the summer of 2012 .  This type of public unrest over the energy issue serves to delegitimize the government, especially the ruling Pakistan People’s Party (PPP), and weaken their hold on political power.

For Islamabad then, the pipeline means energy security which, in turn, means political stability.  Moreover, the project as a whole is, at least in small part, a way of resisting Washington and the Obama administration’s continued violations of Pakistani sovereignty.  By pushing forward with the project, in the face of countless threats from Washington, Pakistani president Zardari is walking a fine line between maintaining a working relationship with his US partners and forging new relations from which Pakistan will benefit while the US loses.

One critical aspect of the Iran-Pakistan pipeline is the simple fact that it brings together two countries that, if western imperialists were to have their way, would always remain enemies.  Pakistan (a majority Sunni Muslim country) and Iran (a majority Shiite Muslim country), have historically been at odds with one another, choosing rather to align themselves with other Sunni and Shiite countries respectively.  This fundamental conflict has, for more than a century, been at the heart of the imperialist/colonialist strategy.

Whether British, French, or American, western powers have long dominated the vast energy resources of the Middle East and Central Asia by dividing the Muslim populations along these sectarian lines, exploiting the differences between them in order to prevent independent economic development.  However, the Iran-Pakistan pipeline flies in the face of this “divide and conquer” strategy.  Bringing together these two countries through mutually beneficial economic development, the project seems to signal a major change in the Muslim world in the 21st Century.  No longer will the imperialists be able to control the destinies of nations in the region by exploiting their differences.  Rather, it is the imperial powers themselves who will have to reevaluate their strategy and come to terms with a changing world in which their unchallenged hegemony becomes a relic of the past.

The Geopolitics of the Pipeline

Although the Iran-Pakistan pipeline is economically and politically significant to both nations, it takes on perhaps its greatest importance in the context of world geopolitics.  The project fundamentally alters the balance of power in Asia and the world for a number of reasons.

First and foremost, the pipeline links two countries that, each in its own way, seek to undermine US hegemony in the Middle East and South Asia.  While Iran has been the implacable foe of Washington since the Islamic Revolution of 1979, Pakistan has maintained relations that at one time made them close allies, but in recent years have deteriorated to the point where the United States is seen as Public Enemy No. 1 in the streets.  The pipeline brings the two countries closer together and, in so doing, helps to solidify a relationship united by a common mistrust of the US.

Secondly, the Iran-Pakistan pipeline could quite easily become the Iran-Pakistan-China pipeline if Beijing decides to finally get involved.  In this very plausible scenario, China would finally get the “holy grail” it has sought for years: land-based access to energy imports from the Middle East.  For China, an energy-starved economy that continues to grow, this would greatly enhance their regional position.  It would also transform the balance of power in Asia, as the era of US domination of energy resources in the Middle East would be over.  So, were the project to be extended to China, the pipeline would become the focus of a new power paradigm, making it one of the most important economic development projects in the world.

Additionally, the pipeline shows the growing power and influence of international alliances and organizations that represent a counterweight to the imperialist establishment of the West.  Iran has taken on the role of leading the Non-Aligned Movement, thrusting itself into the forefront of the anti-imperialist bloc.  At the same time, both Iran and Pakistan seek membership in the Shanghai Cooperation Organization (SCO), led by Russia and China, which is showing signs of developing into a full-fledged strategic alliance that provides a check to US-NATO dominance.  In this way, the pipeline becomes the tangible link between various organizations and alliances which seek to beat a path independent of US hegemony.  It is for this reason, more than anything else, that the United States has vigorously attempted to subvert the development of the pipeline, going so far as to heavily promote the much-touted Turkmenistan-Afghanistan-Pakistan-India (TAPI) pipeline, seen as the main competitor to the Iran-Pakistan project.  However, despite the fierce opposition from Washington, the project will go ahead while the TAPI still remains on the drawing board, subject to security concerns in Afghanistan and elsewhere along the route.

When seen from the broadest perspective, the Iran-Pakistan pipeline fundamentally transforms power relations in the Middle East, South Asia, and throughout the world.  Not only does it benefit the two nations involved, but all other nations and peoples who have been oppressed, controlled, or otherwise coerced by the Western powers.  In this way, the Iran-Pakistan Pipeline represents peace and progress.  In short, it is the promise of a better future.