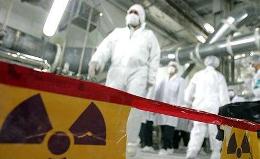 One of the arguments against Iran’s nuclear program is that it will trigger a cascade of proliferation across the Middle East, Prof. Peter Jones with the Ottawa and Stanford Universities writes.

He said many hawkish experts, including Israeli Prime Minister Benjamin Netanyahu, warned the world of a rapid proliferation across the region, with Saudi Arabia, then Turkey, then Egypt etc inevitably acquiring nuclear weapons.

“There is considerable historical evidence to suggest that this would not happen. If it did, it would take a long time,” the pundit argues. So far, only four more nations – India, Pakistan, Israel and North Korea – have acquired nuclear arms. In each case, the reasons why they decided to build nuclear weapons had to do with the specifics of their security situations rather than a reflex action, Prof. Johns stresses. No Arab country built an A-bomb after Israel did.

He goes on to point out that the so-called “proliferation narrative” has gripped the majority of analysts and practitioners of international affairs. It is also ample justification for those who wish to attack Iran. “Experience seems to show that most of them [Arab countries] would eventually counter an Iranian bomb by moving even further into the security embrace of the United States – an outcome profoundly at odds with Iran’s interests,” the expert says. So, what is proliferation narrative? It is a scare tactic to justify a war with Iran, he stresses.