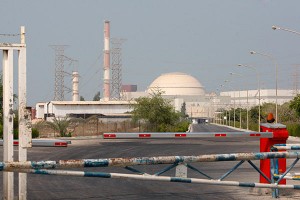 (Reuters) – Fears that an Iranian nuclear weapon might trigger an atomic arms race across the Middle East are overplayed, a U.S. security thinktank said on Tuesday, arguing that countries like Saudi Arabia face big disincentives against getting the bomb.

Western powers believe Iran is trying to develop a nuclear weapon under cover of a civilian atomic electricity program, a charge Tehran denies.

Sunni Muslim Saudi Arabia, the world’s biggest oil exporter, is engaged in a fierce rivalry with Shi’ite power Iran and is seen in Western countries as the most likely Middle Eastern state to seek an atomic weapon if Iran did the same.

Analysts have also said an Iranian nuclear weapons capability might persuade Egypt and Turkey to seek a bomb too.

Israel, which has never declared its atomic weapons capability, is thought to be the Middle East’s only nuclear-armed power now although Iran’s eastern neighbor Pakistan has atomic weapons.

Riyadh has also announced plans to build 17 gigawatts of atomic energy by 2032 as it moves to reduce domestic oil consumption, freeing up more crude for export.

However, a report by the Center for a New American Security (CNAS) says that although there is some risk that Saudi Arabia would seek an atomic bomb, it would more likely rely on its ally, the United States, to protect it.

“The conventional wisdom is probably wrong,” the report said.

Even if Saudi Arabia wished to acquire a bomb, “significant disincentives would weigh against a mad rush by Riyadh to develop nuclear weapons”.

CNAS, based in Washington, was set up in 2007 as a non-partisan thinktank aiming to develop U.S. security policy.

The report’s authors include Colin Kahl, a former deputy assistant U.S. Secretary of Defense for the Middle East, and Melissa Dalton, a foreign affairs specialist with the secretary.

The difficulty and expense of embarking on a nuclear arms program in defiance of international law and the wishes of the kingdom’s most important ally, Washington, would be a powerful argument against such an undertaking, it said.

Riyadh is a signatory to the nuclear non-proliferation treaty. Some analysts have argued that instead of attempting to build its own atomic weapon, Riyadh might try to buy a fully developed nuclear bomb from ally Pakistan.

However, the report said this was also unlikely.

“Instead, Saudi Arabia would likely pursue a more aggressive version of its current conventional defense and civilian nuclear hedging strategy while seeking out an external nuclear security guarantee,” they said.

The report said Egypt did not see Iran’s nuclear ambitions as an existential threat and that Turkeyalready has a nuclear deterrent in the form of its NATO security guarantees.