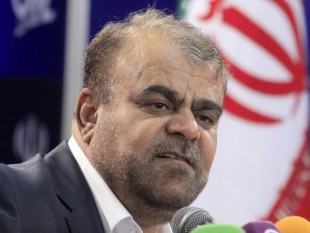 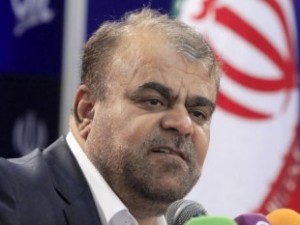 ISLAMABAD: The high-powered delegation of eight or nine officials headed by Iranian Petroleum Minister Rostam Ghasemi arrives here on Tuesday carrying a special message of the Iranian President on the Pak-Iran gas pipeline project, a senior official at Ministry of Petroleum and Natural Resources told The News.

Dr Asim Hussain, Advisor to PM on Petroleum and Natural Resources, confirmed that an Iranian delegation is due here. He said that both sides would not renegotiate the GSPA (Gas Sales Purchase Agreement), rather they would restrict themselves to finalising EPC contract which will be awarded to Tadbir company for laying down 781 kms pipeline from Gabd – a point at Pak-Iran border to Nawabshah.

During the five-day talks, Pakistan has also asked Iranian side to reduce the gas price per MMBTU as against the price settled in gas sales purchase agreement (GSPA) already signed between the two countries. There is clause in the agreement of GSPA if Pakistan arranges import of gas from other country at a lower price than the price of gas to be imported from Iran, then Tehran will be bound to reduce the gas price accordingly.

“We have struck a deal with Turkmenistan for import of gas under TAPI gas line at reduced price if compared with price with Iran,” the official said.On this demand, Iranian side would also take its high command in confidence and would return in next week also with response on this particular issue. Now Dr Asim says that both sides would now hold talks on GSPA and they would focus on EPC contract.

It has already been agreed that Tadbir – Iranian company would construct the pipeline per kilometer at the cost of Rs 190 million. The Tadbir will lay down the pipeline at 2 kilometers per day.

Pakistan is to primarily import 750 million cubic feet per day that would be injected in the power sector and help generate 4000 MW of electricity. Later on the flow of gas will be increased to 1 billion cubic feet gas that will generate 5000 MW of electricity. The replacement of costly furnace oil being used as fuel in power houses with the imported gas will help save $ 1 billion per annum.It was decided that Iran would extended $ 500 million loan and Pakistan would pay 3 percent interest on loan against the 4 percent interest demanded by Tehran.