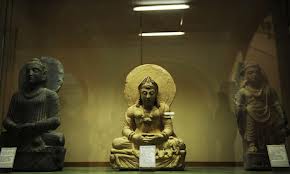 TEHRAN, Iran (AP) — An Iranian newspaper is reporting that government authorities are confiscating Buddha statues from shops in Tehran to stop the promotion of Buddhism in the country.

Sunday’s report by the independent Arman daily quotes Saeed Jaberi Ansari, an official for the protection of Iran’s cultural heritage, as saying that authorities will not permit a specific belief to be promoted through such statues.

He did not elaborate on how many have been confiscated so far, but said more would be seized from shops.

Iran has long fought against items, such as Barbie dolls and Simpsons cartoon characters, to defuse Western influence, but this appears to be the first time that Iranian authorities are showing an opposition to symbols from the East.