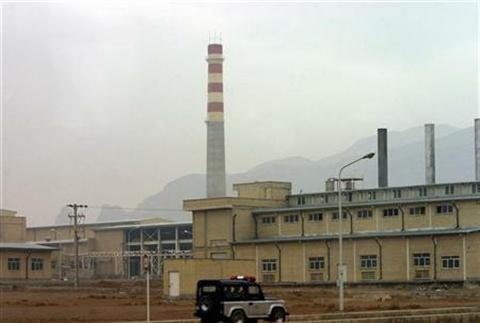 One step forward, one step back on Iran’s nuclear program 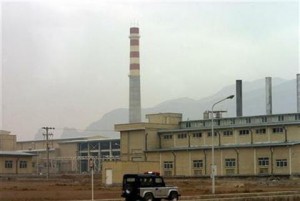 Iran has taken steps that indicate a slowing down of its nuclear progress like converting enriched uranium into reactor fuel, but it also announced new centrifuges that could hasten uranium enrichment.

United Nations nuclear agency inspectors concluded a one-day visit to Tehran without a solution for restarting stalled inspections of Iran’s nuclear facilities and without concrete plans for another meeting to discuss a deal.

The team from the International Atomic Energy Agency (IAEA) most immediately seeks access to the Parchin military complex outside Tehran, where Iran is suspected by the IAEA to be working toward nuclear weapon capability, but left with no guarantees it would be allowed to do so.

“We will work hard now to try and resolve the remaining differences, but time is needed to reflect on a way forward,” IAEA chief inspector Herman Nackaerts said today, after arriving back in Vienna, Bloomberg reports.

However, his Iranian counterpart, IAEA envoy Ali Asghar Soltanieh, made a somewhat more optimistic pronouncement. “Some differences were overcome and we agreed on certain points,” he said. He also alluded to a future meeting. Meanwhile, a headline from Press TV, Iran’s English-language news service, read: “Iran, IAEA reach basic agreement.”

Iran’s nuclear program has been surrounded by mixed signals in recent weeks. As the Monitor’s Scott Peterson reported yesterday, Iran has taken a number of steps lately that seem to indicate it is slowing down its nuclear progress, possibly to avoid reaching the point at which Israel would feel compelled to retaliate. It has converted some of its higher-grade enriched uranium into reactor fuel, taking it out of the mix for use in potential nuclear weapons, and seems to have made no strides forward in its development of longer-range weapons that could carry a nuclear warhead.

But it also announced yesterday, as Iranian officials met with IAEA inspectors, the installation of a new generation of centrifuges for enriching uranium, which could “significantly speed up its accumulation of material that the West fears could be used to develop a nuclear weapon,” Reuters reports.

Enriched uranium can fuel nuclear power plants, Iran’s stated aim, or, if refined to a high degree, provide material for bombs, which the West suspects is Tehran’s real purpose – something Iran strenuously denies.

[Fereydoun Abbasi-Davani, head of Iran’s Atomic Energy Organization] said the new machines were specifically for lower-grade enrichment of uranium to below 5 percent purity.

Nuclear proliferation expert Mark Hibbs at the Carnegie Endowment told Reuters that the centrifuge announcement may be less a sign of a leap forward and more about gathering “bargaining chips” before the next round of negotiations.

According to The New York Times, Iran’s Fars News Agency reported that the new centrifuges would only enrich uranium to a 5-percent purity level – shy of the 20-percent level that alarms the international community because of the ease with which it can then be further enriched to a nuclear weapons-grade level.

The outcome of yesterday’s talks are surely being parsed for signs of how talks later this month will go. On Feb. 26, Iran will meet in Kazakhstan with the so-called P5+1 – the five permanent members of the UN Security Council and Germany – to resume multilateral talks on its nuclear work that ground to a halt last year. European Union foreign policy chief Catherine Ashton, who has been in attendance at P5+1 talks, yesterday urged Iran to come to the talks open to negotiation, Reuters reports.

“We hope that Iran will come to this negotiation with flexibility and that we can make substantial progress,” Ms. Ashton said at a UN meeting. The Iranian envoys in attendance retorted that the “dual track” being pursued by the international community – simultaneous negotiations and harsh sanctions – was “a futile exercise in the sense that … exerting pressure on Iran will definitely derail the efforts on the diplomatic track.”