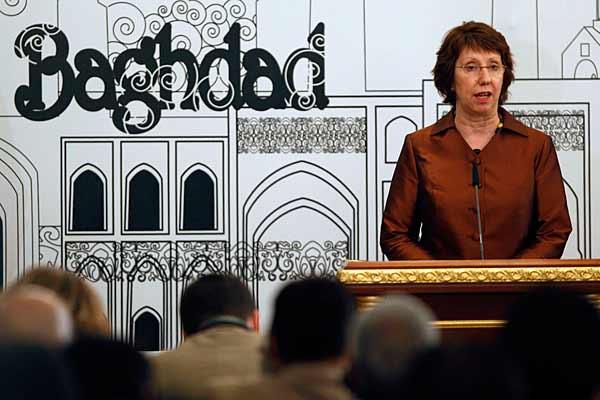 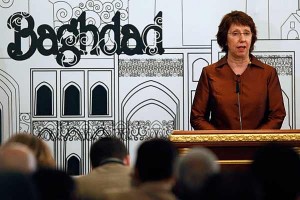 WASHINGTON: Upcoming talks with Iran on its nuclear programme risk going nowhere, with Tehran weakened by US-led sanctions but still reluctant to strike a compromise with a hardline Washington, experts say.

After months of negotiations to agree a date and venue, Iran will sit down with the so-called P5+1 group leading the talks—Britain, China, France, Germany, Russia and the United States—in Almaty, Kazakhstan on February 26.

New US Secretary of State John Kerry last week urged the Islamic republic to come to the talks prepared for serious negotiations, saying the international community would be responsive to its needs. “The choice is really ultimately up to Iran,” Kerry told his first press conference since becoming America’s top diplomat.

Iran has seen its economy nosedive weighed down by four rounds of biting UN sanctions, and backed by separate measures imposed by the United States and EU, designed to choke off revenue from its oil wealth.

“The international community is ready to respond if Iran comes prepared to talk real substance and to address the concerns, which could not be more clear, about their nuclear program,” Kerry vowed.

London has said world powers are ready to make an “updated and credible” offer to the Iranian leadership, while Russia is hoping for “serious progress” at the fifth round of negotiations. But US analysts remain doubtful.

“The next round of P5+1 negotiations… are almost certainly not going to go anywhere unless the United States signals that it is prepared to make what the Iranians view as meaningful and equivalent moves in exchange for Iranian concessions,” wrote James Traub, a fellow of the Centre on International Cooperation, in Foreign Policy magazine.

And while Britain and the EU might favour offering Iran a reduction in the sanctions “there’s a limit to what they can do without the United States.”

The P5+1 position is that Iran must stop enriching uranium to 20 percent—at which level it can be converted into weapons grade material—transfer existing stocks to a third country, possibly Russia, and shut down one of its enrichment facilities.

Iran has long argued its nuclear program is for civilian purposes only, and that it is enriching uranium for medical isotopes used in imaging and for treating cancer.

But Western powers and Israel fear it masks a covert program to acquire a nuclear bomb, and US President Barack Obama has vowed there will be no policy of containment and Washington will do what it takes to stop Iran acquiring a nuclear capability.

Tehran however insists on its right to uranium enrichment as a signatory of the nuclear Non-Proliferation Treaty.“I fear we may spiral down away from a resolution,” said Jon Alterman, director of the Middle East Program at the Centre for Strategic and International Studies (CSIS) at a recent seminar.

“Iran has decided to play a negative strategy, a negative game. It feels incredibly weak, it is difficult to make a deal,” he argued.

“Iran has the conviction that if the US accepts the offer, it must be disadvantageous to Iran. So they will work to get the offer down again. To keep from getting the deal that people in the US government would like to strike.”

General James Cartwright, former vice chairman of the Joint Chiefs of Staff and now an expert in defence policy studies at CSIS, said world powers also needed to bear in mind Tehran’s motivation in the negotiations.

“What we forget is why the Iranians are entering these activities, if they actually are. One of the things Iran probably wants and seeks by pursuing WMD is a guarantor of sovereignty. That should be part of our calculus,” he said.

“If you are going to negotiate, you need to understand the other party’s needs, wants and aspirations. It is not a one-way discussion.”Traub argued that fresh thinking may be needed to end the stalemate, with Iran also preoccupied with upcoming elections in June.

“There is no evidence that the sanctions will bring Iran to its knees and force the supreme leader, Ayatollah Ali Khamenei, to accept the humiliation of abandoning his nuclear program. But neither is there any sign of new thinking in the White House,” he wrote.