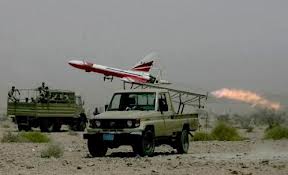 According to a Press TV report on Thursday, Eslami also said that “The latest Iranian UAV, which uses high technology, will be unveiled on May 24.”

The Iranian commander pointed to Iran’s capabilities in designing and manufacturing UAVs saying that the country has also succeeded in producing jet engines that can be mounted on the drones.

He said that Iran, in the future, will unveil more drones that can fly at the maximum altitude of 30,000 feet with a 24-hour flight duration capability and special operations, said the report.

The country unveiled its first indigenous long-range drone, Karrar, in August 2010. The aircraft is capable of carrying a military payload of rockets to carry out bombing missions against ground targets, flying long distances at a high speed, and gathering information.