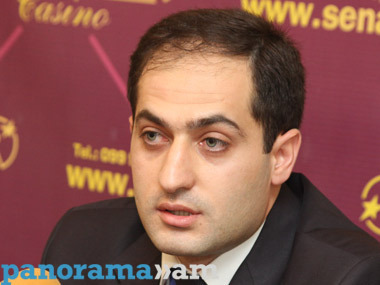 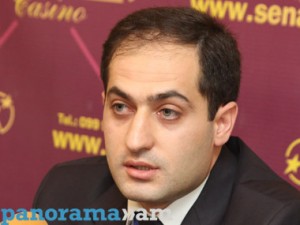 The 21st anniversary of the establishment of diplomatic relations between Armenia and Iran as well as the 34th anniversary of the 1979 Islamic revolution will be marked soon. Panorama.am held an interview with Iranian studies expert Armen Israyelyan about Armenian-Iranian relations, Iran’s position on Karabakh and other matters.

– How would you assess the current level of Armenian-Iranian political relations?

– In 2012, we marked the 20th anniversary of the establishment of diplomatic relations between Armenia and Iran. Over the course of these years, the two countries successfully cooperated in the fields of energy, transport, agriculture, tourism, culture, science and in some other fields.

– What can you say about the economic relations between Iran and Armenia?

– Commodity circulation between Iran and Armenia amounts to about $500 million, with the officials from both countries aiming to double this figure – up to $1 billion. Since Armenia’s independence, the two countries have implemented a number of big economic projects. The most important of them was perhaps the Iran-Armenia gas pipeline.

– What is Iran’s position on Karabakh?

– As an authoritative member of the Organization of Islamic Cooperation, Iran has a balanced policy towards Karabakh conflict settlement, which creates a precedent for a number of Islamic countries not to give way to Azerbaijan’s provocations aimed at giving a religious coloring to Karabakh conflict, and to have a neutral position on Karabakh.

Although Iran’s President and Foreign Minister state that Karabakh conflict should be solved through negotiations based on the fundamental principles of international law, Iran’s newly appointed ambassador to Azerbaijan periodically makes statements running counter Tehran’s official position, which is perceived by the Iranian embassy in Armenia as a “personal position.”

Iran thinks the activities of the OSCE Minsk Group are inefficient, with Tehran offering mediation to the conflicting parties.

– What can you say about the condition of Iranian Armenians?

– The Armenian community plays a big role in the strengthening and development of Iranian-Armenian relations. According to Iran’s Constitution, the Armenian community is a religious minority, with two of its members represented in Majlis. Armenian churches, historical monuments and educational centers are under the protection of Iran’s government.

Although after the 1978-79 Islamic revolution the Armenian community of Iran was given exclusive rights and opportunities, unfortunately, due to objective and subjective reasons, the number of Iranian Armenians has been decreasing in recent years.