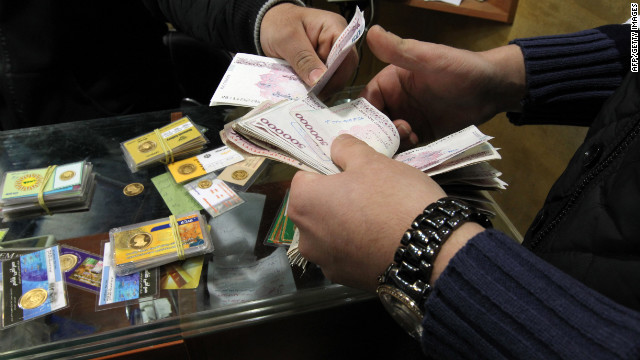 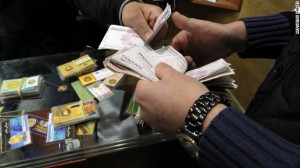 TEHRAN — Iran’s currency plummeted to an all-time low on Saturday, registering a more than 21-percent drop in a span of two weeks against the US dollar, currency tracking websites and money changers said.

The rial was traded at between 39,000 and 40,000 per dollar on the open market on Saturday, down from about 33,000 two weeks ago, according to money changers contacted by AFP.

It had briefly dropped in late January to 37,000 per dollar amid rumours that central bank head Mahmoud Bahmani could be sacked because of his failure to shore up the rial.

The devaluation comes with Iran facing a growing shortage of foreign cash because of international sanctions against its central bank and vital oil sector over its disputed nuclear programme.

Uncertainty over stalled negotiations with the UN’s atomic watchdog agency and world powers over the nuclear standoff has added to controversy over the rial, according to local media.

The currency was traded at 12,000 in late 2011, prior to the introduction of tough Western sanctions on Iran’s oil and banking sectors.

The official dollar rate in Iran has been fixed for several months at 12,260 rials, but is reserved for official government business. Parallel to the open market, another rate of 24,550 rials is reserved for a few companies importing food or other goods judged essential.

Iran is suffering from heightened geopolitical tensions over its nuclear ambitions and the effects of draconian Western measures curbing access to its reduced oil exports.

The West fears Iran’s atomic programme is aimed at developing nuclear weapons, but Tehran insists that its activities are peaceful.

In addition to Western sanctions, some analysts and lawmakers blame the government for what they call mismanagement and failure to feed the market with sufficient foreign currency, stoking the currency plunge and high inflation.

The government, meanwhile, has promised to take measures to support the rial but so far there has been no sign of the pressure on Iran’s currency easing.