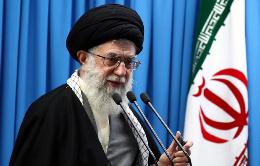 Iran’s Supreme Leader Ayatollah Ali Khamenei granted clemency to 1,298 prisoners following a request from the head of the country’s judiciary.

Ayatollah Khamenei pardoned the inmates or commuted their jail terms on the occasion of the birthday of the Prophet Muhammad, which Iran observes today, and ahead of the 34th anniversary of the Islamic revolution on Feb. 10, according to his website.

The decision came in response to a letter by judiciary chief Sadegh Larijani, the report said. The prisoners were not identified and their crimes not specified. The website didn’t say when they would be released. It wasn’t clear whether President Mahmoud Ahmadinejad’s press adviser, who’s serving six months for the publication of controversial material, was among those whose sentence had been reviewed. Ali Akbar Javanfekr, who was imprisoned on Sept. 26, has written to Ayatollah Khamenei asking for his case to be reconsidered, lawyer Ghahreman Shojai told the state-run Iranian Students News Agency.