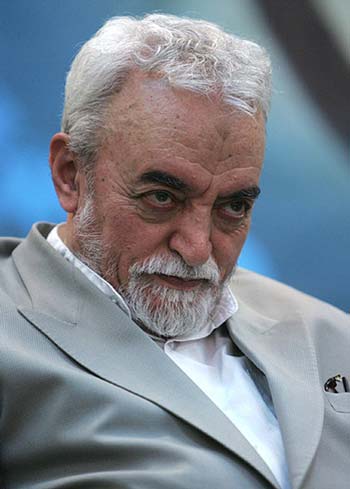 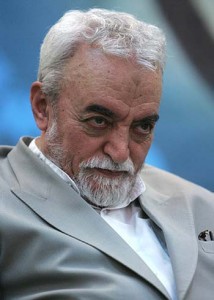 Senior conservative figure Habibollah Asgaroladi has repeated his belief that Iranian opposition leaders Mousavi and Karroubi are not guilty of “sedition”, despite the fact that his comments have given rise to serious controversy in the upper echelons of the Islamic Republic establishment.

Yesterday, Tehran’s Friday mass prayers were led by hardliner Ahmad Khatami, who was highly critical of Asgaroladi’s statements, warning that “cleansing the leaders of sedition” and “commuting their crime” is becoming a kind of movement, adding that such a development should be watched carefully.

MirHosein Mousavi and Mehdi Karroubi, both prominent figures in the Islamic Republic establishment, have been under house arrest since February 2011 for challenging the legitimacy of the 2009 presidential election and rallying people to street demonstrations. Zahra Rahnavard, Mousavi’s wife, has also been under house arrest with her husband. The establishment has followed the lead of the Supreme Leader Ayatollah Khamenei in referring to them as “leaders of sedition.”

In recent weeks, Asgaroladi, a top conservative figure, has been giving voice to his belief that Mousavi and Karroubi had no seditious intentions, insisting that he knows them both for their years of service to Iran as Prime Minister and speaker of Parliament respectively.

The Jomhouri Eslami daily quotes Asgaroladi on Saturday January 19 as saying: “If my statements are creating problems for the Islamic Coalition Party, I will leave the party.”

Asgaroladi, who is the secretary general of the Islamic Coalition Party, one of the largest conservative organizations, said he is standing by his statement because it is his duty to God, and before death he wants to make sure everything is said.

Asgaroladi referred to Mousavi and Karroubi as his “brothers” in a speech to members of his party last week, saying Mousavi and Karroubi may have been surrounded by “seditious elements” and “will be welcomed with open arms by the Islamic Republic and the regime” if they abandon their position.

“As a citizen, as a possible member of the jury, I am expressing my opinion saying I do not find Mousavi and Karroubi guilty of the 2009 sedition. Should I not say it because they are criticizing me?” Asgaroladi asked in response to recent criticism.

The Islamic Republic appears to be divided as to the correct political response to the house arrest of MirHosein Mousavi and Mehdi Karroubi. The two reformist candidates challenged the victory of Mahmoud Ahmadinejad in 2009, saying the ballot was rigged. The people rallied in protest against the election results, and for over a year, mass street demonstrations left the country in deep political crisis. Widespread arrests and a violent crackdown on protesters quashed street protests, and the opposition leaders were put under house arrest.