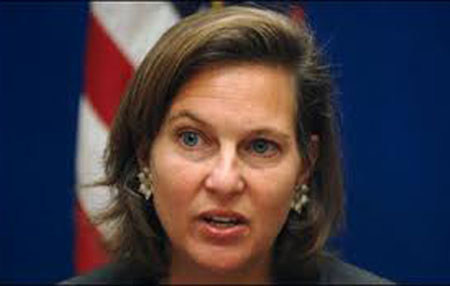 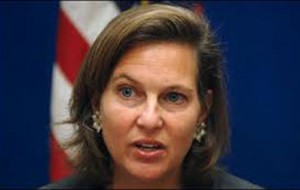 WASHINGTON, Jan. 18 (Xinhua) — The United States said on Friday that it was “deeply disappointed” at Iran’s failure to accommodate the UN nuclear watchdog over its controversial nuclear program.

State Department spokeswoman Victoria Nuland slammed Iran for missing another chance to cooperate with the International Atomic Energy Agency (IAEA) by failing to agree on a structured approach and denying the agency access to its Parchin military site, which is suspected by the Western powers of being used for conducting bomb-related experiment.

“They were, once again, unable to come to agreement with the IAEA either on a structured approach or on being able to visit Parchin,” Nuland told reporters at a regular press briefing.

“We’re obviously deeply disappointed that Iran has once again missed an opportunity to cooperate with the IAEA and to provide the international community with the transparency that we’re all seeking in order to resolve our concerns about Iran’s nuclear program,” she said.

She said discussions with Iran were continuing to set a date and venue for fresh talks with Britain, China, France, Russia, the United States and Germany, the so-called P5+1.

“You know that we’ve been seeking to address this issue on two tracks,” the spokeswoman explained. “There’s the IAEA track, which is designed to give us all transparency about what’s exactly going on, and then the efforts of the P5+1 to try to get Iran to really roll back whatever may be going on on the military side.”

Three rounds of talks were held last year between Iran and the P5+1 but no breakthrough was made. Washington has set a March deadline for Iran to begin “substantive cooperation” with the IAEA or face the UN Security Council.

Iran insisted on Friday that progress was made in the latest two-day talks with the IAEA ending on Thursday. The two sides agreed to meet again on Feb. 12.

The UN Security Council and Western powers have imposed crippling sanctions on Iran over the years over its refusal to stop its uranium enrichment activities, while the Islamic republic insists on the peaceful nature of the program.