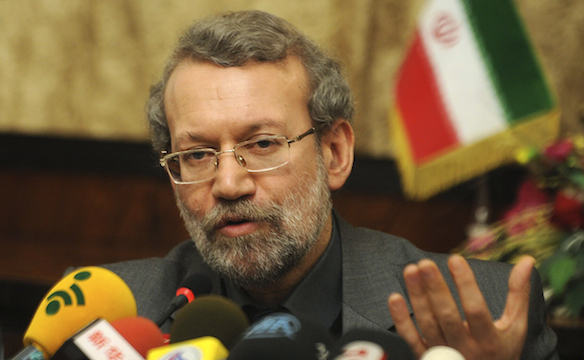 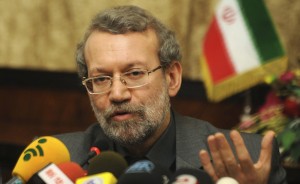 Iran’s Majlis Speaker Ali Larijani has described Palestine as a significant issue in the Islamic world, saying the Islamic Republic of Iran is always ready to render assistance to Palestinian fighters against Israel.

In a Wednesday meeting with Emad al-Alami, a member of Hamas Political Bureau, Larijani added that the issue of Palestine and supporting the defenseless Palestinians against Israel’s bullying has been a concern for the Islamic Republic.

Larijani said that the resistance of the Palestinians, in particular the people of Gaza, against the aggressions of the Zionist regime sets a model for independent nations and added that the achievements by the Palestinians against Israel were made thanks to the morale of resistance, which needs to be maintained.

He reiterated that the Palestinian cause can be realized and the occupied lands can be liberated only through resistance.

The Hamas official, for his part, expressed gratitude towards Iran’s support for the Palestinians and said the Islamic Republic has been an advocate of Palestine in hard times.

He said that Iran has played a significant role in the triumphs of the Palestinians against Israel and added the recent victory of resistance against Israel indicated that the Zionist regime is bound to collapse and Quds will be liberated.

On November 14, the Israeli regime launched a deadly offensive on the blockaded Gaza Strip, which killed more than 160 Palestinians and injured some 1,200 others. In retaliation, Palestinian resistance fighters fired rockets and missiles into the Israeli cities, killing at least five Israelis.

An Egypt-mediated ceasefire agreement, which took effect on November 21, ended the eight-day Israeli onslaught on Gaza.