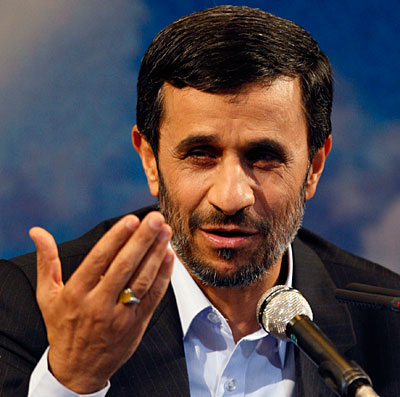 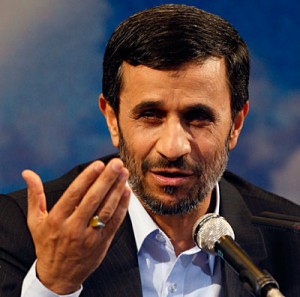 Iranian president Mahmoud Ahmadinejad asked the country’s parliament to unify in the face of “enemy pressure” and to support the extension of a subsidy- reduction plan that started three years ago.

Ahmadinejad has sought to implement a second phase of the plan, including a further rise in energy prices, before he steps down later this year, while parliament maintains the move would fuel inflation, which officially quickened to 27.4 percent last month.

The president’s speech took place ahead of a June presidential election, as the president faces an unprecedented level of criticism from political rivals attacking what they describe as his economic mismanagement. Parliamentary speaker Ali Larijani has said the president’s government is largely responsible for Iran’s economic woes.

“The enemies want on one hand to put pressure on people and get their revenge from them, and on the other hand squeeze the government’s budget so they can hinder our progress,” Ahmadinejad said in comments carried by the state-run Iranian Students News Agency.

The continuation of the subsidy reform plan “will help ensure lasting development, bypass sanctions and cancel enemy pressure,” the president said, according to the official Islamic Republic News Agency.

Ahmadinejad said that intensified sanctions imposed by the U.S. and European Union in protest against the country’s nuclear program have slowed economic development and led to “irrational price fluctuations,” giving way to trade disruption and pressure on local production, ISNA said.

Iran’s government started a five-year program to remove food and energy subsidies in December 2010 and distribute monthly cash handouts to those in need. The second phase of the plan, which was to be introduced last year, was put on hold amid a drop in the value of the national currency and rising inflation, partly the result of sanctions.

Critics say Ahmadinejad failed to hand part of the cash saved to local producers as required by law, distributing most of it to the population instead.

“A rise in the price of produce and energy will harm production and this is why the parliament was against the execution of the second phase of the plan,” Larijani was quoted as saying by Donya-e-Eqtesad newspaper on Jan. 13.

The U.S and its western allies say Iran’s nuclear activities are a cover for the development of atomic weapons, a charge the Persian Gulf country denies.

Iran is holding a presidential election on June 14 and Ahmadinejad is constitutionally unable to run for a third consecutive time.