Tajzadeh defends raising the issue of free election in Iran 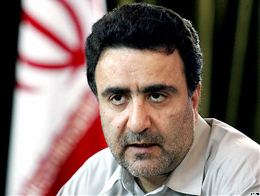 A former Iranian official has advocated raising the issue of ‘Free Election’ despite oppositions, forewarning about the future of Iran’s political system.

Mostafa Tajzadeh, the former deputy interior minister and a member of dissolved Mojahedin of the Islamic Revolution Organization, has criticized opposing the issue of free election as a codename for sedition.

Tajzadeh added that those who respect people’s vote should not be afraid of free election.

This is while Leader of the Islamic Revolution Ayatollah Seyyed Ali Khamenei said earlier this week that all elections held in Iran since the victory of the Revolution in 1979 have been free and unrigged.

The Leader said raising such issues are aimed at dissuading people from participating in the upcoming presidential elections.