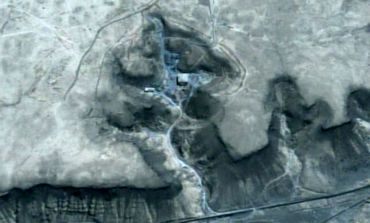 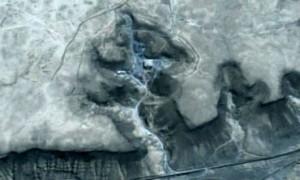 Israeli-US cooperation on Syria subject of conversation as PM meets visiting US lawmakers.

Syria may have up to 50 tons of enriched uranium, enough to create five nuclear bombs, the Financial Times reported on Tuesday, citing nuclear experts in the US and Middle East.

Up until this point, the paper pointed out, western governments have focused on the fate of Syria’s chemical stockpiles, and less on the fate of the country’s uranium, which was reportedly meant for the nuclear facility at Al-Kibar reportedly destroyed by Israel in 2007.

The Financial Times quoted David Albright, head of the US-based Institute for Science and International Security, as saying that the fears about the Syrian uranium were “legitimate.”

“There are real worries about what has happened to the uranium that Syria was planning to put into the Al-Kibar reactor shortly before the reactor was destroyed in 2007,” he said.

“There’s no question that, as Syria gets engulfed in civil war, the whereabouts of this uranium are worrying governments. There is evidence to suggest this issue has been raised by one government directly with the IAEA.”

The paper said that some government officials are concerned that Iran might be trying to get control of the uranium stockpile for its own nuclear program.

The Prime Minister’s Office had no comment on the report.

In recent days Prime Minister Binyamin Netanyahu has discussed with visiting US legislators on Israeli-US intelligence cooperation regarding Syria’s chemical weapons, including images Israel passed on to the Pentagon apparently showing Syrian troops mixing chemicals and filling dozens of bombs with them, government officials said. The issue of uranium, however, is not one that is believed to have been raised.

According to the report, this resulted in a “remarkable show of international cooperation” that included a public warning by US President Barack Obama, and sharp private messages to Syrian leaders through Russia, Iraq, Turkey and possibly Jordan that stopped the chemical mixing and bomb preparation.

In recent weeks Netanyahu has spoken on a number of occasions about the close cooperation on the matter that exists between Israel, the US, and “other countries” on the matter.

Netanyahu, according to the statement, told Cruz, “We’re monitoring very closely the possibility of the use of chemical weapons in Syria. President Obama has spoken forcefully about this. Israel and the United States have close consultations about this issue and it highlights the dangers of these regimes receiving such weapons, and that these weapons can even go from there to terrorist organizations.”

That Netanyahu stressed this issue, and that his office at the time decided to release his comments to the media, underscored heightened sensitivity to the issue at the time in light of the unending bloodshed and growing chaos in Syria.

Explaining Netanyahu’s comment, the government official said it was important that “all the actors in Syria understand that this is a very sensitive issue not only for Israel, but for the entire international community.” He said “irresponsible behavior” with the chemical weapons would not be tolerated.

The official, without elaborating at the time, but in hindsight apparently referring to the intelligence information that was passed on, said, “We were not speaking this way two or three weeks ago,” and that there were “reasons for our concerns.”

On Tuesday the official said that the close US-Israel coordination on the matter is continuing, “because the problem is continuing.”