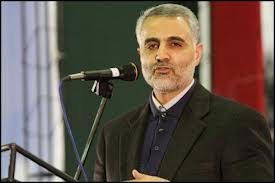 High-level security sources said that the secret meeting between presidential advisor Issam al-Haddad and Qassem Suleimani, the commander of the Quds Force, an elite unit of the Iranian Revolutionary Guards, last week was the primary reason behind the departure of Maj. Gen. and former Interior Minister Ahmed Gamal El-Din, who objected to the meeting and the Brotherhood’s way of dealing with security work. The sources, who asked to remain anonymous, said that there was discussion of developing the work of Egyptian intelligence services and that Suleimani shared his experience leading security bodies in his country. Brotherhood attendees expressed their desire to apply this experience in Egypt.

This came while other sources suggested that the meeting — the details of which were only published by Al-Masry Al-Youm last Thursday [Jan. 3] — was held to deliver a message to the United States that Egypt will be able to find another ally if the US decides to halt its aid to Egypt.

The presidency denied that Haddad had met with Suleimani. However, Britain’s The Times confirmed that the commander of the Qods Force made a visit to Cairo upon official invitation and met with the foreign-affairs advisor to the president.

The newspaper said that the meeting raised Egypt’s allies’ concerns over Tehran’s growing influence in Cairo, and quoted a member of the guidance office as saying, “We wanted to deliver a message to America that we should have other alliances with whomever we want.”

In contrast, the Muslim Brotherhood denied allegations of asking for support from Iran to deepen its hold on power. Mahmoud Ghozlan, media spokesman for the Muslim Brotherhood, wrote on the group’s official Facebook page yesterday [Jan. 8]: “ Some newspapers and websites quoted a British newspaper reporting that the Brotherhood requested secret support from Iran to strengthen their hold on power and that group leaders met with the commander of the Iranian Quds Force at the beginning of this year. This information is totally false and fabricated.”