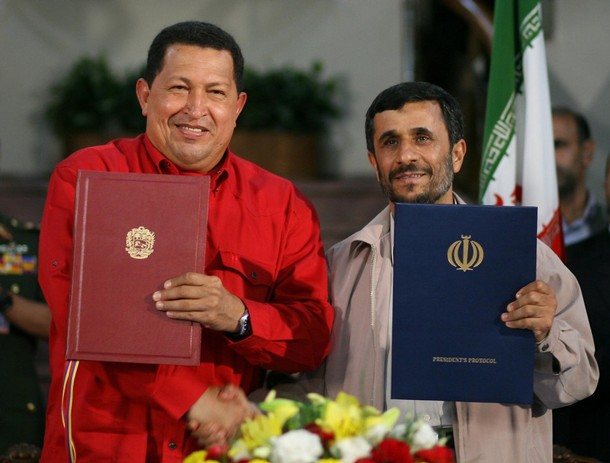 Is Iran’s presence in Latin America a threat? The White House says yes. 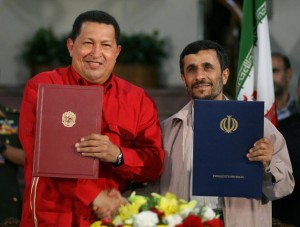 When the White House signed a law countering Iran in Latin America recently, it was the most public strategy to date against Iran’s influence in the region.

When the United states government signed into law the Countering Iran in the Western Hemisphere Act, the US was quickly criticized for being stuck in the past.

The law was the White House’s most public strategy to date to counter Iran’s influence in the Americas, and gives the State Department 180 days to draw up a plan to “address Iran’s growing hostile presence and activity.” The US received prompt criticism from Iran who said the US “still lives in the cold war era and considers Latin America as its back yard.”

“It is an overt intervention in Latin America[n] affairs,” said Iran’s foreign ministry spokesman Ramin Mehmanparast, quoted in Al Jazeera.

Iran is increasingly isolated as it forges ahead with a nuclear program that has raised alarm across the globe. Iran says its nuclear development is for civilian purposes, like energy, while many international observers believe it is working toward creating a nuclear weapon. In the same time period, Iran’s growing influence in Latin America, especially within Venezuela,Bolivia, and Ecuador, has generated suspicion among those who worry that, at worst, Lebanon-based Hezbollah and supporters in Iran seek to attack the US from south of the American border. Many have called on the US to prioritize this new international threat.

But Gary Sick, an Iran expert at Columbia University in New York, does see some parallels with the 1950s, when many American politicians saw a “communist under every bed,” he says. “Now they see an Iranian under every bed.”

Mr. Sick says the signing of the act does not mean that the US has ramped up its view of Iran’s capabilities in Latin America, but that, as in the cold war, to vote “against security” is politically untenable.

“I don’t think the Obama administration is lying awake at night worrying if Iranians are going to attack from the south. But how can you possibly vote against increased alertness to our south?” Sick says.

The new law, which was passed by lawmakers in Washington late last year, calls upon the US to create a “comprehensive government-wide strategy to counter Iran’s growing hostile presence and activity in the Western Hemisphere by working together with United States allies and partners in the region,” according to the bill.

In Latin America that includes a “multiagency action plan” which calls for the US and partners in the region to create “a counterterrorism and counter-radicalization plan to isolate Iran.” In Mexico and Canada, specifically, the US aims to tighten border control with its counterparts with an eye toward evading an Iranian security threat.

Iran in the Americas

Iran, under international sanctions for its nuclear program, has bolstered its relationship with leaders in Latin America in recent years. Iran has built 17 cultural centers in the region and increased its number of embassies from 6 in 2005 to 11 today. Perhaps most worrisome has been the blossoming friendship between Iran’s President Mahmoud Ahmadinejad and Venezuelan President Hugo Chávez. President Chávez has led a regional group of anti-American leaders who have also developed stronger ties with Iran.

Many view those relations as a diplomatic effort to gain friends at a time when Iran needs legitimacy. They say that anything more sinister is unrealistic, since Iran has neither the military might nor GDP to pose a substantial threat to the US.

Most of Iran’s promises in Latin America in fact have been just that – promises. From factories to infrastructure deals, they have not amounted to more than paper pledges.

But Washington has expressed caution. When news emerged in October 2011 that two agents tied to Iran allegedly attempted to hire a Mexican drug trafficker to assassinate the Saudi ambassador to the US, Secretary of State Hillary Clinton told the Associated Press that the plot “creates a potential for international reaction that will further isolate Iran, that will raise questions about what they’re up to, not only in the United States and Mexico.”

Stephen Johnson, director of the Americas Program at the Center for Strategic and International Studies in Washington, says the new act is a response to legitimate concerns. “As the act is really a call to formally study the issue and develop a plan to deal with any threats, it responds to a history of heightened activity in the hemisphere on the part of Iran since the mid-1990s,” Mr. Johnson says. “The legislation has been in the works for a year and comes at a time of heightened concern over Iran’s nuclear program.”

The act is an effort to put the region on the same page in viewing Iran as a potential threat, says Daniel Brumberg, an Iran specialist at the United States Institute of Peace, though he considers it symbolic since the US already has plenty “on the books to deal with this challenge,” Mr. Brumberg says. Still, “this represents, from what I can see, the first effort to encourage a more public or articulated strategy vis-a-vis Iran … and South America.”

Brumberg says the US risks backlash from leaders such as Chávez, who will “invoke the law as another example of the US trying to dictate the diplomacy of the region.” But Brumberg says, the US views this kind of reaction as a small price to pay.

But, says Sick, the year 2013 looks very different than the 1950s and 1960s. “If Chávez survives, then he might indeed use it as ammunition against ‘the big boy to the north.’ But my guess is that [Latin America] will see [the new law] as a pretty minor thing too,” he says. “I don’t think it will cause much of a ripple.”