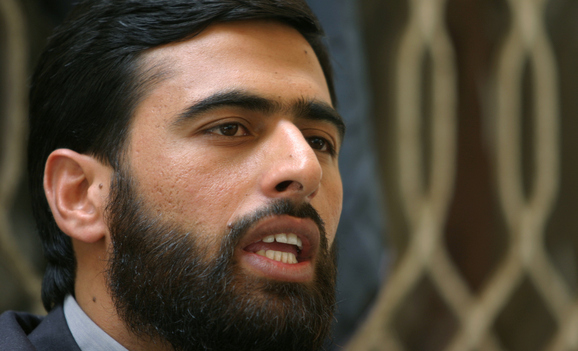 Hamas MP: Gates of Gaza are open, including to Iran 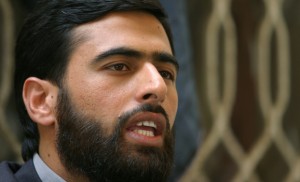 Mushir al-Masri, a Hamas MP in the Palestinian Legislative Council, told As-Safir that he was visiting Lebanon to participate in “celebrating the victory and martyrdom” undertaken by the Islamic Group in Sidon, to meet with Parliament Speaker Nabih Berri, and to assess the conditions of Palestinians in Lebanon, including displaced Palestinians fleeing from Syria.

Just before leaving Beirut, Masri said that during his meeting with Berri yesterday [Jan. 2] he thanked the speaker for his support of the Palestinian people, especially during the recent Gaza war. Masri also noted that he had invited Berri to visit the strip as the head of a parliamentary delegation that would work to help break the siege on Gaza, and cooperate to support an atmosphere of unity and resistance in the region.

Regarding concerns that were raised after Gaza welcomed a March 14th Coalition delegation — which included Lebanese Forces Party MP Antoine Zahra — Masri said that Gaza “had become a destination for all free people in the world, and was ready to welcome any delegation from abroad. We have not made any resolutions regarding who we will and will not receive. We welcome everyone in order to break the political and material siege, and to support our people, without getting into the details of the composition of visiting delegations.” He repeated, “We are not opposed to receiving any Arab, Muslim or international delegation that is supportive of our cause.”

Regarding concerns raised about Hamas’ positions on Hezbollah and the possibility of the former joining an anti-Hezbollah alliance in the region, Masri said: “We believe that the future is for Hezbollah, and we are not obliged to defend ourselves or explain our plans. Prior to the recent Gaza war, many concerns were voiced, at a time when we were getting ready and preparing ourselves in secret for the battle. This was demonstrated in the Gaza war, and today it has become clear that supporting Hezbollah is the most strategic option, not only for Hamas, but for all Palestinian people, including those who were betting on a settlement and negotiations.”

Masri denied the existence of fundamental divisions or differences within the movement, noting that some are trying to fish in troubled waters and sort Hamas into doves and hawks. However, the popular welcome that the movement’s political bureau chief Khaled Meshaal received when he visited the region confirmed the unity of Hamas. While there may be some differences of opinion on some issues, this is normal and at the end of the day everyone is committed to decisions made by the central authorities. We are a movement based on institutions, and we are committed to the Shura council and there is no competition for power or disputes regarding leadership.”

When asked about who would become head of the political bureau following Meshaal, and when elections will be held, Masri replied, “We are in the final stage of internal elections, in the coming weeks we will elect the political bureau chief and the leadership. Our brother Meshaal announced that he would not run for the post, but the decision is up to the movement’s institutions and leadership. All possibilities are open and — God willing — we will arrive at an exemplary model in terms of political, organizational and resistance work.”

Commenting on Hamas’ relationship with Iran, Masri said that the movement is open to all parties, particularly Arab and Islamic countries. We have not severed ties with any nation — particularly Iran — and we are interested in maintaining our relationship with Iran because of the latter’s role in supporting the resistance and the Palestinian people. We have a common enemy — the Zionist entity — and are keen to maintain relations with all who support the Palestinian cause.

Regarding the movement’s relationship with Egypt, Masri said, “There have been positive developments and things are better today than they were in the past. We hope that these relations will improve even more and respond to the aspirations of the Egyptian and Palestinian peoples.”

Commenting on the statements of Muslim Brotherhood leader Essam el-Erian regarding the return of Jews to Egypt, Masri said he had not examined the statements in detail, but the movement maintains its position that the problem is not with the Jews, but rather with the Zionist occupation. Our strategy is to fight the Zionists inside occupied Palestine, and it is the right of the Jews who were in Palestine to stay. The rest must return to where they came from.

Regarding the movement’s role in confronting sectarian strife, he replied: “Sectarian strife is the greatest threat facing the region today, and all parties shoulder the responsibility for ending the sectarian crises.” He added that Hamas’ strategic position “emphasized the unity of the Arab and Islamic nation, and we are ready to do whatever necessary to reconcile disputes. We have made, and are making, continuous efforts to confront sectarian strife anywhere we can.”

Masri commented on the suffering of the Palestinian people in Lebanon, saying, “The displaced Palestinians coming from Syrian refugee camps only increase [this suffering].” He called for the development of a comprehensive vision on how to address this crisis, and said that international bodies — especially the United Nations Relief and Works Agency (UNRWA) — shoulder the responsibility in this regard. He hopes that the Lebanese authorities will cooperate in this area and work to find temporary shelter for the Palestinians refugees displaced from the Yarmouk refugee camp in Syria.

Masri visited Palestinian refugee camps in the Tyre area, accompanied by a delegation from the movement. He held meetings in the Ghofran Mosque in the Rashidiyeh camp, and in the Bilal bin Rabah Center in Shabriha. He emphasized that the movement is committed to using an approach of jihad and resistance in the face of the Zionist enemy.

Masri also visited Sidon, where he met with both Popular Nasserist Organization Secretary-General Osama Saad and former Sidon Mayor Abdul Rahman al-Bizri. The latter stressed that “the true and sound compass of the Arab Spring points in the direction of Palestine, and everything related to the Palestinian cause that is in the interest of the Palestinian people’s rights is a positive outcome of this spring.”