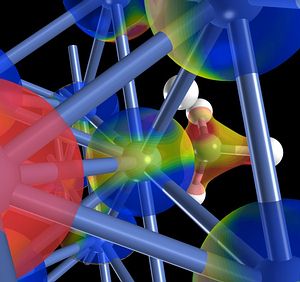 Sasol Ltd. (SOL), the largest producer of motor fuel from coal, said discussions continue with potential buyers of its stake in Arya Sasol Polymer Co., amid reports that an Iranian official denied the company plans to withdraw.

“We continue to engage with a number of interested parties who include business and government stakeholders,” Alex Anderson, a spokesman for Johannesburg-based Sasol, said in an e-mailed response to questions today. Reports that Sasol has decided to cut investment in Iran because of sanctions against the country are rumors, Abdol Hossein Bayat, head of the National Petrochemical Co. of Iran, was cited yesterday as saying by the state-run Fars news agency.

Sasol may classify its 50 percent stake in Arya as an asset held for sale, it said in a Dec. 3 statement. Sasol co-owns Arya with Pars Petrochemical Co. of Iran, a unit of National Petrochemical. Arya contributes about 3 percent to the South African company’s operating profit, Chief Financial Officer Christine Ramon said Sept. 10.

The U.S. and the European Union are pressuring Iran to curtail its nuclear program, which they say is aimed at developing an atomic weapon. Iran denies it is trying to make atomic weapons, saying its nuclear research is for civilian use.

Arya makes integrated ethylene and polyethylene products for export, according to Anderson. The output isn’t used in the development of petroleum, natural-gas resources or nuclear power in Iran, he said.

The Fars report cited Eric Roper, Arya’s managing director, as saying earlier this month that Sasol has no plans to withdraw from the venture.

Sasol will make further announcements once sufficient progress has been made on the possible sale, Anderson said.