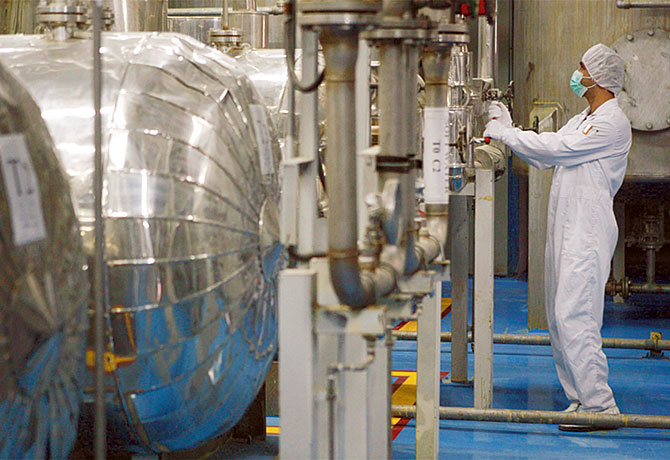 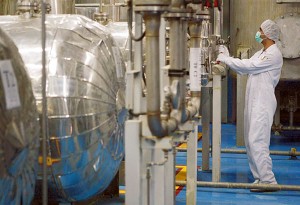 During a recent visit to the UAE, David Cameron, the UK prime minister, gave stark warning that allowing Iran to develop an atom bomb would trigger a “nuclear arms race” across the Middle East.

Barack Obama in March voiced the same fear in almost identical terms. But the assumption that Iran’s acquisition of a nuclear weapon would have a domino effect in the Middle East and on what the US president termed the “most dangerous part of the world” is being strongly challenged.

In a study published last week, two experts from the Department of War Studies at King’s College in London argue that key regional players – Saudi Arabia, Egypt and Turkey – are unlikely to follow suit and develop their own nuclear arsenals.

Indeed, Christopher Hobbs and Matthew Moran argue that the Middle East itself offers evidence that “nuclear proliferation is not inevitable”. Israel remains the region’s sole nuclear-armed power – albeit an undeclared one – more than four decades after it acquired nuclear weapons capability.

The flaw in the logic that “proliferation begets proliferation” is also demonstrated in North East Asia where North Korea’s nuclear weapons have not provoked Japan or South Korea, countries with advanced civil nuclear programmes, to follow suit despite a long history of regional conflict.

The authors of Looking Beyond a Nuclear Iran make clear there are reasons to be to be wary of Iran’s nuclear ambitions. While Tehran insists its atomic programme is solely peaceful, they point out that Iran’s growing stockpile of medium-enriched uranium is already far in excess of its civilian needs.

Even so, Mr Hobbs and Mr Moran argue that this will not necessarily ignite a regional rush for the bomb.

This is not to say there is no history of regional powers harbouring nuclear ambitions. Iraq’s Saddam Hussein was thought to have embarked on a plan to refine weapons-grade nuclear fuel in the late 1970s, as did Syria’s Bashar Al Assad in the early 2000’s. In both cases, Israel responded with devastating air strikes.

Still, this year, Turkey, Egypt and Saudi Arabia recognise that nuclear restraint is in their best interests – not least because, according to Mr Hobbs and Mr Moran, “strong security alliances with the United States incorporating extended nuclear deterrence have played an important role in dissuading these countries from going nuclear”.

All three, moreover, are members of the Nuclear Non-Proliferation Treaty (NPT) and have long pressed for a nuclear-free Middle East.

Peter Jenkins, a former UK ambassador to the UN’s atomic watchdog, the International Atomic Energy Agency, is also sceptical that a nuclear-armed Iran would trigger a regional nuclear arms race. Saudi Arabia, he argues, while deeply suspicious of Iran, would be loath to alienate the US, its long-standing top supplier of conventional arms, and tacit guarantor of the kingdom’s security, by seeking a nuclear deterrent.

“It is hard to imagine that the US would stand by while its Saudi ally set about proliferating, or that Saudi rulers would risk that friendship by defying America’s wishes,” Mr Jenkins said.

It has long been said that in the event of a successful Iranian nuclear test, Saudi Arabia would swiftly purchase nuclear warheads off the shelf, most likely from Pakistan.

The Times (of London) in February quoted an unnamed senior Saudi source saying: “Politically, it would be completely unacceptable to have Iran with a nuclear capability and not the kingdom.”

But it appears that Saudi views on the prospect of Iran going nuclear are not uniform. He recalls a discussion in July hosted by the Global Strategy Forum, a London think tank, where Jack Straw, a former British foreign secretary, recounted a Saudi official’s reply when asked about the kingdom’s nuclear intentions.

“We say that we will have to keep step with Iran,” the official said. “But in reality our people would never forgive us for tolerating Israeli nuclear weapons for so many years and developing nuclear weapons to balance their acquisition by Islamic Iran.”

Turkey is another Sunni-dominated state keeping watch on Shiite Iran’s ambitions for regional influence, even though the countries have strong trade and energy links.

But as a Nato member, Turkey “already has indirect access to nuclear deterrent forces”, Mr Jenkins said. And “for more than 40 years, Turkey shared a border with a hostile, nuclear-armed Soviet Union, but never sought to acquire an independent nuclear deterrent”.

Ankara’s generally positive relations with Tehran also mean Turkey would be unlikely to view a nuclear-armed Iran as an “immediate threat”, Mr Hobbs and Mr Moran write. And Ankara knows any attempt to go nuclear would “spell the end of Turkey’s EU aspirations”.

Like Saudi Arabia, Egypt sees itself as a leader of Sunni Arab states. But Cairo has chosen a diplomatic response to the much closer challenge of Israel’s nuclear arsenal, using the NPT and other international platforms to put pressure on Israeli leaders over its atomic programme for the past four decades.

“It would seem very unlikely that the threat presented by a nuclear-armed Iran would cause Cairo to abandon this approach,” Mr Hobbs and Mr Moran write.

Recent political divisions and economic difficulties also mean the Egyptian government that emerged after the fall of Hosni Mubarak’s regime would be ill placed to acquire a weapon.

“It would also invite a pre-emptive strike by Israel that would be free of the logistic obstacles that have militated against a strike on Iran,” Mr Jenkins said.

Other non-proliferation experts are less sanguine.

Mark Fitzpatrick, a former US state department official now at the International Institute for Strategic Studies in London, agrees that should Iran acquire nuclear weapons, it “would not necessarily provoke a nuclear cascade in the Middle East”. But it “certainly would cause one or more of those states [Saudi Arabia, Egypt and Turkey] to “revisit their security strategies”. Of them, Mr Fitzpatrick said, “it’s pretty clear that Saudi Arabia would feel an urge to match Iran”.

“The Gulf states would definitely feel they needed to have a balance of power [if Iran developed a nuclear weapon]. There’d be public pressure on the Gulf states for the Iran threat to be met,” he said.

Mr Jenkins demurs. “The claim that Iran must be denied its NPT right to enrich uranium for fear of a Middle East nuclear arms race seems unreasonable,” he said. “It should not pass unquestioned. Careless claims can have costly consequences.”