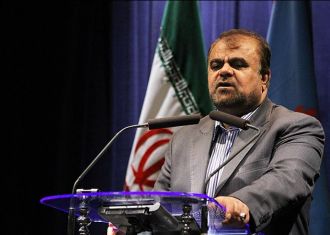 Iran has oil reserves for next 150 years 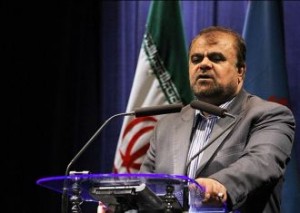 TEHRAN – Oil Minister Rostam Ghasemi announced yesterday that with current output, Iran will have oil reserves over the next 150 years.

World’s energy consumption will be increased by two percent in 2013, he said, carbohydrates energy accounts for over 80 percent of global energy basket, IRNA reported.

On oil embargo imposed by West and the U.S. against Iran, he said, these sanctions target development of Iran’s oil industry as well as preventing the country from presence in international markets.”

He further noted that in order to evade sanctions against insurance of tankers carrying Iran oil, the country’s oil industry has set up an international insurance company to insure the oil tankers carrying its crude shipments to its customers worldwide.

“The first step to confront these sanctions was establishing an international insurance company which insures Iranian oil tankers and we have taken effective measures to get rid of these sanctions, and it is now evident that we have left behind the difficult conditions of the early days of the sanctions,” Ghasemi added.

He went on to say that oil industry will offer oil bonds in the near future, adding upon the country’s budget law of the current year, oil ministry is allowed to offer $10 billion oil bond.

Referring to the oil price, he said that OPEC will hold an extraordinary meeting if oil price comes down below $100.

“According to projections, oil prices will remain higher than $100 per barrel in 2013. However, if the prices go under $100 OPEC will hold urgent meeting to cut production quota,” Ghasemi said.

He said OPEC members are producing a total 30 million barrels of oil per day which is satisfactory, but cautioned that the cartel’s output would be reduced if crude prices decline.

Petrochemical sector is considered as the most advantageous industry in the country with over 30 percent profit, he added.

New petrochemical hubs including the second phase of Assaluyeh, Chabahar and Lavan are under construction in the country, he stated.

Moreover Research and Technology Deputy for Oil Ministry, Mohammad Reza Moghaddam, said in the conference that Iran’s oil and gas reserves are worth $37 trillion.