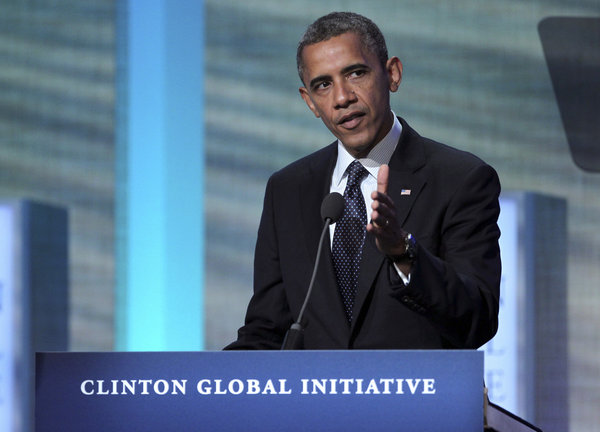 Pressure mounts on Obama to change tactics on Iran 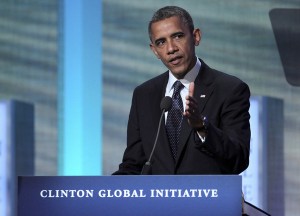 Arguing that further sanctions “are unlikely to stop Iran’s nuclear pursuits,” a group of Iran experts and senior former officials are calling on the White House to pursue realistic, “serious, sustained negotiations” with Tehran that they say are the best chance to prevent a nuclear-armed Iran.

The letter to President Obama, from 24 signatories whose professional careers have often been marked by dealing firsthand with the thorny Iran issue, suggests that a diplomatic deal can ease the West’s greatest fears about Iran’s nuclear program – but only if Washington revises its position in nuclear talks that are expected to resume within weeks.

“A diplomacy-centric approach is the only option that can prevent an Iranian nuclear weapon and a war,” write the 24 signatories in the Dec. 6 letter only now made public. Success will require “reciprocal” steps and an “appropriate and proportional paring back of international sanctions on Iran,” they write.

The letter proposes a deal that Tehran has signaled repeatedly in the past year it is willing to accept, given the right circumstances: stopping production of 20 percent enriched uranium, which is a few technical steps away from bomb-grade; and allowing a more intrusive inspections regime. In exchange, Tehran wants recognition of its right to enrich for peaceful purposes and a lifting of sanctions.

But the appeal to Mr. Obama comes as Congress prepares to enact further sanctions against Iran in coming days. And news reports indicate that the US has already decided not to fundamentally change a negotiating stance, rejected by Iran in previous rounds of talks this year, which demands Iran make concessions before the US entertains any prospect of sanctions relief.

US stays its course

Overall goals for the US and other members of the P5+1 (Russia, China, Britain, France, and German), the letter advises, should be “restricting – not permanently suspending” Iran’s enrichment levels to below 5 percent and accounting for past weapons-related work.

“We encourage you to direct your team vigorously to pursue serious, sustained negotiations with the Iranian government on an arrangement that guards against a nuclear-armed Iran,” states the letter. “With greater determination, creativity, and persistence, we believe such a deal is within reach.”

The letter was organized by Daryl Kimball at the Arms Control Association and Trita Parsi at the National Iranian American Council, both based in Washington.

Nuclear talks between Iran and the P5+1 began last spring in Istanbul, but subsequent rounds in Baghdad and Moscow played out like a game of chicken, with each side demanding that the other act first.

On the P5+1 side, the “offer” put on the table earlier this year – which US and European diplomats say privately they would never accept for themselves, if they were in Iran’s position – was widely deemed to have been a necessity of the White House before the Nov. 6, presidential election, so that Obama would not be open to accusations that he was “soft” on Iran by offering concessions.

But the probability of a more flexible P5+1 position after the election appears to be dwindling, at least judging by signals from Washington.

“Following US presidential elections, US officials began mulling a more generous proposal but have settled for a conservative position,” wrote Barbara Slavin in Al-Monitor, a Middle East online news publication, yesterday. “Iran will be expected to agree to concessions before knowing exactly what it would get in return.”

The “refreshed” proposal would lift a ban on spare parts for Iran’s aging jetliners, and include technical assistnce for Iran’s civilian nuclear program, “but no specific promise of sanctions relief,” reports Al-Monitor.

On Dec. 14, The Washington Post quoted a senior US official saying that Iran might be “ready to make a deal,” but that the basic offer had not changed: “The package has the same bone structure, but with some slightly different tattoos.”

The Post reported that US officials said the deal held out the eventual possibility of a “grand bargain,” in which sanctions could be eased and “permanent limits” set on Iran’s nuclear program.

Iran has rejected the offer before, and some Iran analysts suggest that such an “all sticks and no carrot” proposal – as it is seen in Tehran – is unlikely to result in a deal.

In the run-up to the next round of talks, possibly in January, Iran has sent mixed signals. Foreign Minister Ali Akbar Salehi said on Dec. 17, that both sides “have concluded that they have to exit the current impasse,” and that Iran wants “its legitimate and legal right [to enrichment] and no more.”

The next day, however, the head of Iran’s nuclear program said Iran would not give up its 20 percent enrichment.

While that position may be posturing – signals have been plentiful in the past year that Iran plans to “trade” its 20 percent card at the table – it complicates the diplomatic track and gives ammunition to those in Congress who want more sanctions.

A recent report endorsed by 38 eminent Americans, including former diplomats, general and political leaders, examined the cost and benefits of the US-led sanctions regime already levied against Iran, which now target Iran’s central bank and its lifeblood oil exports.

Some of the unilateral American measures have been voted on unanimously, and many limit Obama’s diplomatic latitude by allowing only Congress to lift them, not the president. The new measures under consideration now would be attached to a much larger defense bill.

“Inflexibly imposed, escalating sanctions begin to lose their value as leverage to elicit change in Iranian policy, including on nuclear issues,” the report warned.