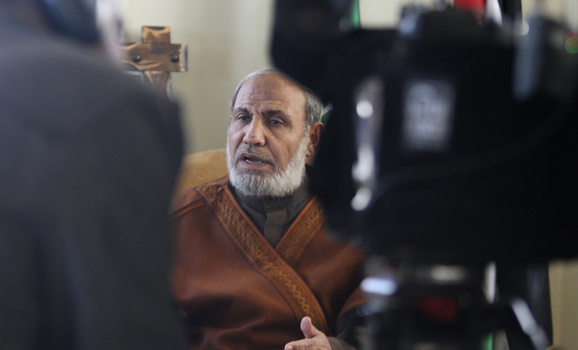 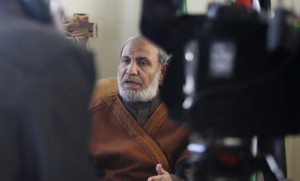 Gaza captured the world’s attention when [Hamas] launched rockets on Israel and inflicted huge economic losses on it.

Moreover, Khaled Meshaal visited Gaza for the first time after the Israeli offensive that killed hundreds of Palestinians, amidst Egyptian attempts to mediate a new meeting between Fatah and Hamas to achieve reconciliation.

Under these circumstances, Mahmoud al-Zahar, a Hamas leader, gave an interview to Azzaman.

Azzaman:  What do you make of the achievement whereby the State of Palestine obtained observer status at the UN General Assembly?

Azzaman:  Do you believe that [Hamas Political Bureau Head] Khaled Meshaal’s support of Palestinian Authority (PA) President Mahmoud Abbas in his UN bid could contribute to bringing the positions of Fatah and Hamas closer with regard to the reconciliation?

Azzaman:  Has Israel adhered to what has been agreed upon following the truce agreement?

Zahar:  There have been some achievements. For example, Palestinian fishermen were able to fish 6 miles deep into the sea after they had previously been banned from doing so. Farmers were able to reach the front wire of the barrier, which will allow them to cultivate 35% of fertile land in the Gaza Strip. Also, [Israel] is set to negotiate — through Cairo — the reopening of the airport. But Israel has still not opened the crossings that separate us from the West Bank.

Azzaman:  Do you trust Israel’s commitment to the implementation of the remaining agreed-upon demands?

Azzaman:  Some say that the latest truce agreement has ended the resistance project, and obligated the Palestinian side to not fire rockets at Israel?

Zahar:  This is not true. These are rumors being spread by some to harm Hamas. Resistance will remain our only choice to liberate our land, because the Zionist enemy only recognizes the method of force. As for the method of resistance, there is ongoing coordination between us and the other factions, based on the nature of each stage and aimed at maintaining Palestinian interests.

Azzaman:  Did the provision of weapons by Iran come with certain conditions that serve Iran’s agenda?

Zahar:  Unfortunately, we do not receive weapons from any Arab state. We will not accept Iranian weapons if they come with certain conditions. We will not accept any weapons under the terms of others or in order to achieve certain [political] agendas.

Azzaman:  Do you possess other rockets and weapons which were not used during the war?

Zahar:  These are secrets that  cannot be revealed. However, it can be said that we are currently focusing on developing [the weapons in our possession] so that they can reach farther distances and become more destructive.

Azzaman:  Collaborators [with Israel] have become a phenomenon that threatens the lives of Hamas leaders through assassination. Have you found a solution to this phenomenon?

Zahar:  We cannot say that collaborators have become a phenomenon because Hamas has largely succeeded in reducing their numbers. Proof of that is that Israel was surprised by our response to its latest aggression. This is a clear indication of Israel’s failure to obtain information about our military capabilities. We will not allow the presence of any collaborators in the Gaza Strip.

Azzaman:  What do you make of Egypt’s role during the war? Was the issue of the tunnels addressed with the Egyptian side?

Zahar:  Egypt’s position in the recent war was an honorable one and differed completely from the positions taken under the former regime. As a result, the Egyptian people did not hold demonstrations because they were content with the position of the current regime. We hope that this position would lead to a breaking of the siege on the Gaza Strip. We do not mind closing all tunnels, especially those that may pose a threat to Egyptian national security. But before taking such a step, the Egyptian side must permanently open the Rafah crossing to the transit of goods and individuals, while ensuring all security guarantees for the protection of Egyptian national security.

Azzaman:  What is your response to claims in the Egyptian media that there is a plan to resettle the Palestinians in the Sinai?

Zahar:  These are rumors being circulated by some media outlets which still follow the approach of the former regime, by attempting to instill fear among Egyptians of the Palestinians and drive a wedge between them. We stress that we are keen on preserving the security and sovereignty of Egypt, and will not accept a substitute homeland for the Palestinian people, whatever the pressures and temptations.