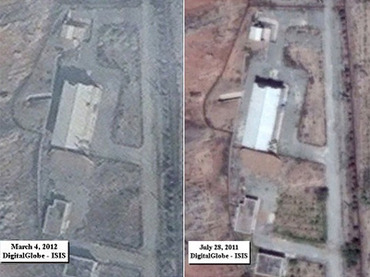 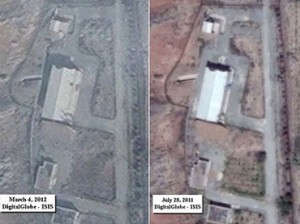 Inspectors from the UN nuclear watchdog returned to Tehran yesterday for talks on Iran’s disputed nuclear programme, but there was no sign they would gain access to the Parchin military complex as requested.

The Iranian Students News Agency said “no plans were announced yet for inspectors to visit Iran’s nuclear facilities or other sites”, without giving a source.

The inspectors’ return coincided with a new assessment by the Institute for Science and International Security, a US-based NGO devoted to stopping the spread of nuclear weapons.

“The latest commercial satellite imagery from the alleged Parchin high-explosive test site in Iran shows a steady pace of what appears to be the ‘reconstruction’ phase of the site which, between April and July 2012, had undergone considerable alterations,” the institute said.

“The latest imagery from December 9th, 2012, shows what appears to be a new almost completed security perimeter around the site.”

The meeting could give some indication whether

Iran is more willing to address international concerns over its nuclear programme after US president Barack Obama’s re-election last month.