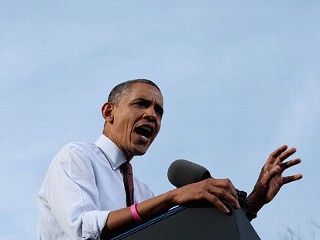 Pentagon budget is a weapon against Iran 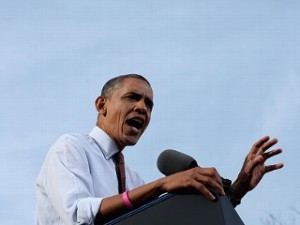 With the threat of more than $500 billion in Pentagon sequestration cuts looming next month, congressional haggling over details of the 2013 defense authorization bill may seem like shuffling deck chairs on the Titanic.

Still, the U.S. military needs to pay its bills, and Congress has a few significant issues to iron out on the package.

The two versions of the authorization bill passed by the House and the Senate are close — they differ on spending by only $4 billion on packages totaling more than $550 billion. Now the House-Senate conference committee can make the bill easier for the president to sign, and better for national security, by making the right call on reconciling their respective versions. It must hash out the agreement immediately — failure to send the bill to the White House by the end of the year would mean starting over in the new Congress.

The biggest issue is a House measure that would deny money for the Defense Department to transfer or release detainees held at Guantanamo Bay, Cuba, to the U.S. or its territories. It would also require the secretary of defense to notify Congress 90 days before sending any detainee to a foreign country. Both rules are part of a misguided and cowardly effort to keep President Barack Obama from making good on his long-delayed promise to shut down Gitmo. Senate conferees should persuade their House colleagues to drop the requirements. They should also push for acceptance of an amendment prohibiting the detention without charge of U.S. citizens or legal permanent residents suspected of terrorism and captured within the U.S., a critical tweak to our unfortunate but necessary policy of detention in the fight against global terrorism.

The House version would also require that a missile-defense system be deployed on the East Coast before 2016, ostensibly to guard against an Iranian attack. Supporters point to a recent National Research Council report that foreign-based antimissile systems intended to knock out an Iranian weapon at launch will probably be less effective than domestic systems that would strike later in flight. That may be true, but it doesn’t meanIran is technologically close to having a nuclear-tipped threat to the New Jersey shore. The project can wait.

There are also several contentious matters having to do with women in uniform. One no-brainer is to keep a Senate provision that would allow female troops the use of military insurance to cover abortions in cases of rape. The final law should also keep a requirement that the Pentagon report to Congress with proposals to increase the role of women in combat.

Given that half of all military suicides — which occurred this year at a rate of one a day — are committed with privately owned guns, the House was smart to include a measure that would let commanders and mental-health professionals ask troops about the private weapons they own and encourage them to be stored safely on base. This is not, as some Second Amendment absolutists have suggested, a stealth gun-control measure.

The House version would prohibit the military from using alternative energy sources that cost more than traditional fossil fuels. Such energy-security measures have been overhyped (we’re skeptical of Navy Secretary Ray Mabus’s vision of fielding a “Great Green Fleet”), but the military’s relatively modest research program is worth keeping even if it isn’t yet saving money.

Last, and most important in terms of our immediate national security, are a number of well-designed Senate proposals to increase sanctions against Iran. These would blacklist Iran’s energy, shipping and ship-building sectors, and make it harder for companies involved in them to get insurance. Although these industries are controlled by the Iranian regime and its thugs in the Revolutionary Guards Corps, and indirectly support Iran’s nuclear program, the White House opposes the measures, saying they would complicate other efforts to coordinate sanctions with our European allies. Actually, these punishments are overdue, and the legislative branch is right to push the executive on them.

Congress ignored many of the biggest financial issues facing the Pentagon: base closings, major troop reductions, the future of megadollar programs such as the Ford-class supercarrier, reforming retirement benefits and the Tricare health-care system. It won’t have that luxury much longer; with or without sequestration, getting the U.S. fiscal house in order will mean an end to military spending at more than 4 percent of gross domestic product.

Still, Congress can act now to make a few good, politically painless decisions to put the Pentagon on a better track.