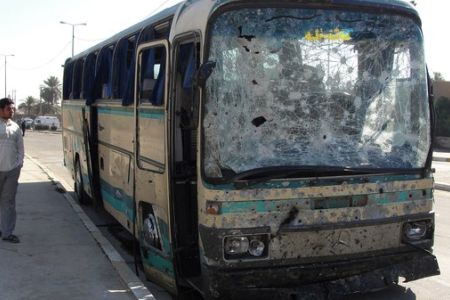 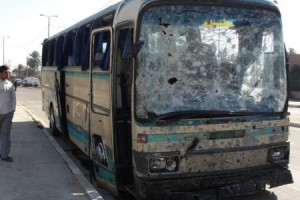 Former Iranian diplomat Nosratollah Tajik, who recently won a UK High Court ruling blocking his extradition to the United States, says he will take legal action against British Home Secretary Theresa May for a six-year foot-dragging on his case, Press TV reports.

Israeli Foreign Minister Avigdor Lieberman, a key ally of the premier, resigned on Friday after having been charged with breach of trust, barely five weeks ahead of general elections.

Russia denied on Friday it had a role in the death of Kremlin critic and former spy Alexander Litvinenko in London six years ago, dismissing a statement made during a British inquest into his fatal poisoning with radioactive polonium-210.

Brigadier General Massoud Jazayeri of Iran’s Islamic Revolution Guards Corps on Wednesday congratulated North Korea on its successful launching of a rocket, which put a weather satellite into orbit on the same day.

The Iranian ambassador to Baku said on Wednesday that Azerbaijan’s recent decision to not extend the memorandum of understanding between the two countries in regard to easing of visa restrictions will affect business between nationals living in border areas.

Representatives of Iran and the European Union held a telephone conversation about the negotiations over Iran’s nuclear program on Wednesday, according to U.S. State Department spokesperson Victoria Nuland.

Ambassadors of Russia, China, Syria and Iran met at the Iranian Embassy in Beirut on Friday at the invitation of the Iranian ambassador to Lebanon and discussed ways to find a feasible solution to the Syrian crisis.

Britain must use the upheaval created by the euro zone crisis to forge a new relationship with the European Union, Prime Minister David Cameron said on Friday as he fights a rising anti-EU mood at home that could threaten his chances of re-election.

The United Nations General Assembly recently voted to recognize Palestine as a non-member state. The 193-member assembly voted 138 in favor of the proposal, with only nine against and 41 abstentions.

President Mahmud Ahmadinejad arrived in the northern province of Khorasan Razavi Friday to inaugurate a large number of infrastructural and development projects in several provincial cities.

Iran has held a film week in the Portuguese capital, Lisbon, to provide an opportunity for introducing Iranian cinematic arts and culture. Iran’s ambassador to Portugal and a number of cinema officials in Lisbon attended the opening ceremony held on December 10.

Russia’s permanent representative to the United Nations Vitaly Churkin has reaffirmed his country’s support for a political settlement of Iran’s nuclear energy issue, saying diplomatic solution can have no alternative.

At least two Iranians were killed and 20 others wounded in four roadside bombs in the Iraqi city of Samarra, north of the capital Baghdad.  The explosions took place on Friday after the bus carrying the Iranian pilgrims hit the bombs.

EU Unqualified to Be Symbol of Human Rights

An Iranian lawmaker said the European Union is not qualified to be symbol of human rights as the bloc has repeatedly turned a blind eye to the genocide of people in the world. “The European Union, with its political conduct, has jeopardized global peace; therefore, considering its support for the crimes of Zionists and its silence over the massacre of innocent people, it is absolutely not qualified for such an issue,” Evaz Heidarpour said Thursday, Press TV reported.

Iran has held the International Conference on Muslim Women Scholars, hosting researchers from a number of countries in the capital Tehran.

Ahmadinejad: Gov’t Not to Interfere in Elections

Speaking about the remarks made regarding new appointments, Ahmadinejad noted that it is important to have transparent elections. “The expression of peoples’ sovereignty is very important regarding the elections. The government is not looking for interfering into the process,” Ahmadinejad said.

The initiative follows the interruption of meat purchases by Japan and raises fears that the recent discovery of the causative agent of the disease in a dead animal in 2010 in Parana, aggravating the decrease in total Brazilian exports. The shipment contained in four containers blocked in Bandar Abbas, Iran’s main trading port, was held up days ago, on an unspecified date, by the Iranian Veterinary Agency (IVO, its acronym in English).