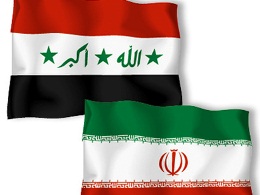 Iran’s exports to its neighboring country stood at around 11 billion dollars last year, Danaeefar was quoted as saying.

On Dec. 2, an Iranian energy official said the Islamic republic would construct a power plant in Iraq to generate 163 MW of electricity for consumption in Iraq’s holy Shiite Muslim shrines.

“The credit allocated for the construction of the power plant amounts to 75 million euros and its first phase with the credit of 25 million euros will come into operation soon,” said Ebrahim Rahemi.

The electricity generated by the power plant would be used in the holy shrines of Karbala city in southern Iraq, and the surplus would be sold to the Iraqi government, he added.

Iran is mostly populated by Shiite Muslims. Despite the risks of blasts which target the Shiite pilgrims in Iraq, thousands of Iranians visit the holy Shiite shrines in Iraq every year.

In August, the chairman of the Economic Development Committee of Iran and Iraq, Ali Saeedlou, said the Iran-Iraq annual trade could reach the 25-billion-dollar mark in the next two years.

“The Islamic Republic of Iran is working in the energy sectors in Iraq, as well as engaging in other projects regarding petroleum products, oil and gas issues,” said Saeedlou.

Iranian companies are also engaged in major economic activities in Iraq, such as road construction, he added.