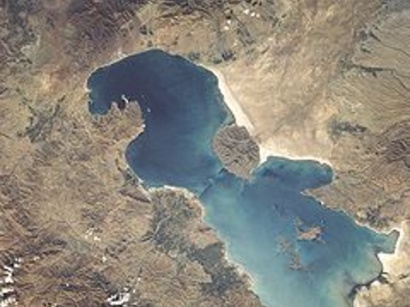 International conference on problems of Lake Urmia kicks off in Iran 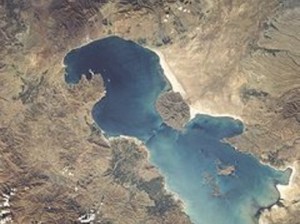 An international conference entitled ‘Lake Urmia: problems and solutions’ was launched in the Iranian city of Urmia on Saturday, the Iranian news agency IRNA reported.

According to information, the conference will focus on the use of international and national experience in the prevention of shallowing of the Lake Urmia, scientific solutions to the problem, as well as expansion of education on the issue.

The conference, which is held in connection with the environmental problems of the Lake Urmia and water shortages, is attended by scientists from Belgium, Russia, Finland, the USA, Turkey and Ukraine, as well as the First Deputy President of Iran Mohammad Reza Rahimi, Minister of Roads and Urban Development Ali Nikzad and the Head of Iranian Environmental Protection Organization Mohammad-Javad Mohammadizadeh.

According to official statistics, 70 percent of the Lake Urmia territory has shoaled, with one liter of water containing 400 grams of salt.

The square of Lake Urmia is about six thousand square kilometers. During migration of birds the lake becomes their temporary home. Due to the prolonged drought, Urmia is becoming shallow, which affects the flora and fauna of the region. Experts on environment note that not enough measures are taken by the Iranian government to save the lake.

In 2010, during a visit of Iranian President Mahmoud Ahmadinejad and members of the government in Tabriz, the project was approved on pouring 600 million cubic meters of water from the Araz River into Lake Urmia. Allocation of some $ 1.2 billion is planned for this project.

In September 2011, the Iranian government allocated $ 900 million to prevent shallowing of the lake.