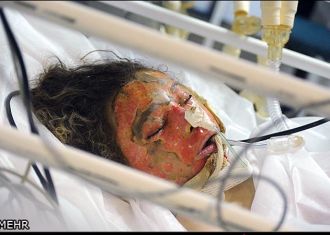 About 30 students suffer burns in heater fire in northwestern Iran 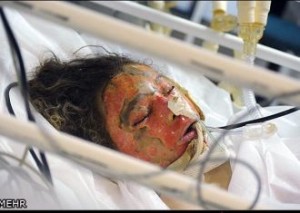 TEHRAN – On Wednesday, at least 27 girl students suffered burns as a result of a fire caused by an oil heater at an elementary school in the village of Shin Abad in the city of Piranshahr, which is located in the northwestern West Azerbaijan Province.

Rescue teams were called to the scene of the incident at 8:25 a.m., and the injured people were taken to the hospital for treatment.

Thirty-seven students were attending the class, a number of whom sustained burns over more than 50 percent of their bodies.

Deputy Education Minister Morteza Raeesi told the Persian service of the Mehr News Agency on Wednesday that an investigation has been launched into the incident.

He explained that after the heater caught fire, the teacher called one of the service staff to take the heater out of the class instead of taking the students out of the room, and the heater fell from his hands and the fire spread.

MP Rassoul Khezri delivered a speech at an opening session of the Majlis on Wednesday, in which he called on Education Minister Hamid Reza Haji-Babaii to resign from his post.

“If such an incident had happened anywhere else in the world, the education minister would have resigned, but in our country, officials are not answerable for the inappropriate use of certain types of heaters that cause such incidents,” Khezri stated.

“Why did local officials not use gas heating systems and instead use heaters that are dangerous?”

MP Javad Jahangirzadeh, who represents Urmia, the capital of West Azerbaijan Province, in the parliament, said on Friday that unfortunately, the budget allocated to a number of schools have been spent on unnecessary activities, such as holding iftar (fast-breaking meal) ceremonies, and they are short of funds now.

Jahangirzadeh also said that he believes issues such as impeaching the education minister should not be raised now and efforts should be made to help soothe the pain that the students and their families are experiencing.

The education minister visited a number of victims on Friday and said that according to the Majlis ratification, the Oil Ministry is responsible for providing schools with gas supplies when the necessary infrastructure exists in a city or a village.

“The building is seven or eight years old, and the heater met the necessary standards. And the Education Ministry cannot be blamed in this regard,” Haji-Babaii stated, adding that the cause of the incident should be investigated by experts.

Majlis Speaker Ali Larijani issued a message on Friday expressing sympathy with the victims of the incident and their families.

In his message, Larijani wrote it is necessary that a thorough investigation be conducted.

He also stated if it becomes clear that the incident happened due to an act of negligence by a certain person or an organization, the necessary punitive actions must be taken.