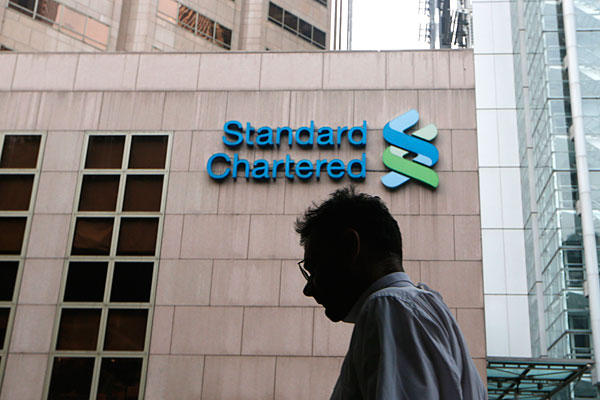 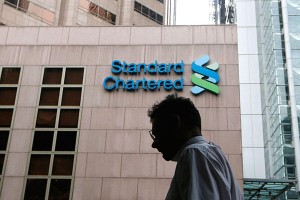 (Reuters) – Standard Chartered expects to pay $330 million to settle a case with U.S. regulators who accused the Asia-focused bank of failing to comply with sanctions against Iran, further denting profit growth this year.

The settlement will be on top of the $340 million it paid to New York’s Department of Financial Services in the third quarter, which pushed its before-tax profit growth in 2012 to a mid-single-digit percentage from more than 10 percent, StanChart said in a statement on Thursday.

Any earnings growth would mean a 10th straight year of record profits, as StanChart has ridden on Asia’s rise through much of the last decade, allowing it to continue hiring and increasing earnings when much of theindustry

“It ain’t broke, so they’re not fixing it,” said Jim Antos, an analyst at Mizuho Securities in Hong Kong. “The thing they are doing is trying to add new businesses, but there isn’t a compelling story and that’s why their shares haven’t moved.”

Despite its regulatory woes, the bank is one of the few still hiring in the industry, saying in August it intended to add at least 1,500 more staff in the second half of this year. By contrast, most rivals have been cutting, with Citi saying on Wednesday it was cutting 11,000 jobs.

“We continue to see significant opportunities across our markets in Asia, Africa and the Middle East,” Chief Executive Peter Sands wrote in a statement released on Thursday.

A rise in the number of out-of-work bankers meant Standard Chartered was able to maintain a lid on costs, with revenue growing faster than costs — a phenomenon known in financial industry jargon as “positive jaws”.

For much of 2010, StanChart was hit by ever-rising costs as an increasing number of banks and brokerages tried to expand in Asia. Since then, various minor players including Samsung Securities and KBW have begun pulling out.

The bank does not release specific numbers in its trading updates, which it keeps for its annual report that is typically released in late February. It singled out Malaysia, China and Indonesia as regions where income grew by at least 10 percent.

In Hong Kong, its biggest market, income grew at a high single-digit percentage, the bank said.

However, StanChart pointed to India and the Middle East as two markets where it was watchful for asset quality. Slowing growth in some emerging markets has raised concern that StanChart could be hit by a rise in bad loans.

The bank appointed a new global head of loan syndication in late November, naming Cristian Jonsson to replace Philip Cracknell, who is retiring in March.

To diversify away from its traditional lending business, the bank has been looking to expand to areas such as commodities, where it aims to double revenue in the next four years, it said on Tuesday.

Quoted, sanctions against Iran, Standard Chartered, US December 6, 2012
Can lessons from Iraq be applied to US-Iran tensions?
Drone in Iran appears to be U.S.-made, Pentagon says