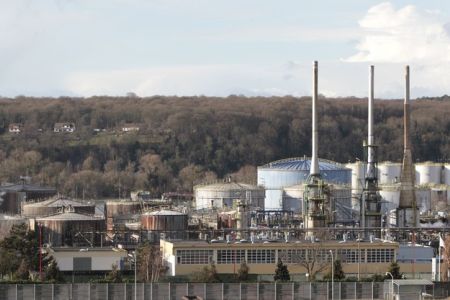 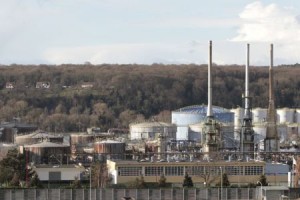 Potential buyers from Iran and Libya this week stepped up efforts to take over a bankrupt French refinery, despite Royal Dutch Shell PLC’s (RDSB.LN) decision to stop supplying the plant with crude this month.

The interest from atypical contenders for the French refinery, which may have to shut down if another crude supplier cannot immediately be found, highlights the French government’s challenges in seeking to keep domestic refineries open.

The Petit-Couronne refinery in Western France was among a string of industrial facilities new French President Francois Hollande had promised to protect before being elected. The refinery is in trouble after its owner, Swiss-based company Petroplus Holdings AG, filed for protection from creditors.

A commercial court Tuesday in the northern city of Rouen heard proposals from existing and potential bidders to buy the plant, which employs 550 staff and is the main domestic supplier of oil products to the Paris area, said a spokeswoman for the Rouen court that will rule on the refinery sale.

The court is due to decide Friday whether to end the bidding process or to accept new or improved bids until early next year.

Representatives of Tadbir Energy, an Iranian refiner owned by the nonprofit Khomeini Foundation, confirmed at the court hearing that it intends to pursue an offer first made in April, said Xavier Houzel, who represents the firm in the bid.

The company has provided proof that it could have access to financial support and crude supply, he said.

Acquiring a refinery in the European Union wouldn’t be illegal for Tadbir, but any bid would be difficult because of Iran sanctions, lawyers have previously said.

A team from the Libyan Investment Authority–Libya’s sovereign wealth fund, which is another potential buyer of the French refinery–visited the plant Monday, Mohsen Derregia, the head of the fund, said Tuesday. But the fund’s potential bid faces strong opposition from Libyan transparency activists.

A third contender, Netoil, a Dubai company owned by businessman Roger Tamraz, is the most advanced in detailing its offer terms, a person familiar with the matter and French refinery workers’ unions said.

But the Netoil bid has been deemed incomplete because it needs more administrative authorizations.

Royal Dutch Shell Tuesday confirmed it would interrupt supplies to the refinery in mid-December as planned–effectively forcing the plant to halt operations, at least temporarily.

Potential buyers said they will move forward with their approach. “We have expressed non-binding interest for the refinery” and that hasn’t changed, Libya’s Mr. Derregia said.

But others, such as Tadbir’s Mr. Houzel and the person familiar with the Netoil approach, said the expected halt to refining operations would complicate their bids as restarting it would involve extensive safety precautions.