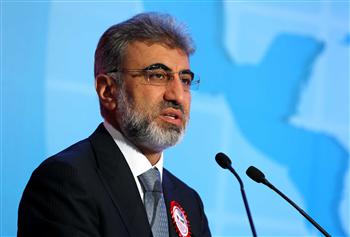 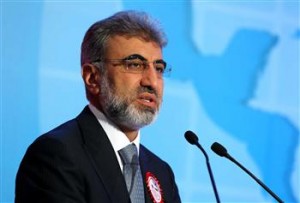 Turkish Energy Minister Taner Yıldız has said Ankara has asked Moscow to increase its gas supply to Turkey amid US-led sanctions on Iran over its suspected nuclear program that have forced Turkey to cut imports of Iranian gas.

Turkey, which ranks as Gazprom’s second-largest natural gas consumer after Germany, is forecast to see daily demand rise to near 220 million cubic meters this winter from a current 125 million, according to Energy Ministry officials.

Gazprom clinched a long-term deal to export natural gas to private companies in Turkey last week, securing a growing market for the Russian gas export monopoly as it faces declines from its core consumers in the European Union.

The move followed a one-year impasse in gas trade between Gazprom and Turkish firms after state pipeline company Botaş did not renew an expiring 25-year contract at the end of 2011 due to a pricing dispute. Business has continued in the meantime only on a short-term basis.

Turkey, which is likely to overtake Britain as Europe’s third-largest electricity consumer within a decade and become an energy trading hub, is struggling to diversify gas suppliers.

It is largely dependent on the fuel because it produces the majority of its electricity via natural gas.

In a move that could see Turkey having to reduce its gas imports from Iran, US senators and aides told Reuters last week the US Senate may soon consider widening trade sanctions against Iran, including Turkish-Iranian “gold for gas” trade.

Turkey, which receives more than 90 percent of Iran’s gas exports, currently circumvents existing US and European banking sanctions by paying its neighbor in Turkish lira, which Iran then uses to buy gold in Turkey.