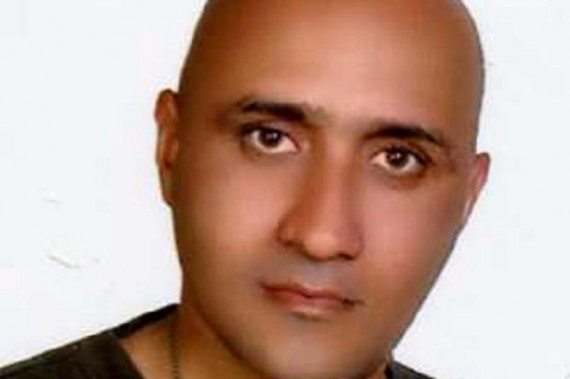 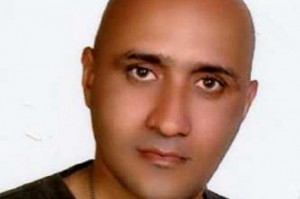 The case of government critic Sattar Beheshti provides fuel for the bitter rivalry between loyalists to President Mahmoud Ahmadinejad and his hard-line critics.

BEIRUT — The mysterious death of a dissident blogger while in Iranian police custody this month has generated a rare torrent of criticism from officials apparently embarrassed by a case that has drawn international condemnation and again shined a spotlight on the nation’s poor human rights record.

Iranian authorities have echoed calls from such human rights groups as Amnesty International for a thorough investigation of the death of Sattar Beheshti, 35, who died Nov. 3 under still-hazy circumstances after being arrested by Iran’s cyber police, according to various accounts.

The case has sparked an unusually public and vitriolic bout of blame-dispensing among various powerful factions in the Islamic Republic.

The late blogger — a working-class high-school dropout virtually unknown to the dissident community until his death became a cause celebre — frequently assailed the lack of freedom in Iran. An online photograph said to be of Beheshti shows a man with a shaved head and a slender chain around his neck, wearing a dark T-shirt.

The few details of the case that have emerged offer a glimpse of the largely hidden world of Iranian bloggers and Web activists working in near-anonymity, though clearly on the radar of the nation’s diligent cyber police.

On Monday, Mehdi Davatgari, a parliament member, charged that the cyber police — known as FATA — had held the blogger illegally overnight without a court order. He called for the “resignation or dismissal of the cyber police chief,” reported Press TV, the government’s English-language broadcast service.

Also this week, the public prosecutor’s office said the most likely cause of Beheshti’s death was “shock,” either from psychological pressure while under interrogation or from beatings received while in custody. Those findings seemed to contradict an earlier assessment by Tehran’s chief coroner, Ahmad Shojaei, that Beheshti probably died of natural causes, possibly a heart attack, even though his family reportedly said Beheshti had no history of heart problems.

The coroner, in comments to the semiofficial Mehr News Agency, acknowledged signs of bruising on five parts of the dead man’s body — from his hands to his feet — indicating that Beheshti had been beaten. But he said that the blogger suffered no broken bones and that the physical evidence did not indicate any brutality that could have been fatal.

Toxicology and other tests are pending.

The case has provided fuel for the bitter political rivalry between loyalists to President Mahmoud Ahmadinejad and hard-line critics of the two-term president, who is to step down next year because of term limits.

“Officials are blaming each other and want to shrug off responsibility to others,” said journalist Farshad Ghorbanpour, who says he spent eight months in jail for his writings on Iranian opposition websites and news outlets abroad.

Presidential surrogates have hinted that responsibility lies with Iran’s judiciary, whose chief is an Ahmadinejad adversary appointed by Iran’s supreme leader, Ayatollah Ali Khamenei. The judiciary has nominal responsibility for the nation’s detention system.

“The death of a worker writing a blog is very agonizing for me and, as a writer, I feel ashamed of myself,” wrote editor Mohammad Reza Naghavifard in an editorial in Khorshid, a daily newspaper that supports Ahmadinejad. “It is more than a shame.”

But Ahmadinejad’s rivals have suggested that the fault lies with the cyber police and the internal security apparatus, which fall under the president’s purview.

Ali Motahari, a conservative Iranian lawmaker and political rival of Ahmadinejad, recently voiced his outrage and warned against meddling.

“Sometimes we as supporters think that it is all right to do all sorts of things to preserve the system,” Motahari told Etemad, a widely read daily considered to be anti-Ahmadinejad. “We are following up…. We will not budge, and we will not permit this case to be covered up.”

According to Amnesty International, authorities have acknowledged that at least three detainees at the Kahrizak prison, where Beheshti was reportedly held for a period, died as a result of torture or other ill treatment after their arrests in the tumultuous aftermath of the nation’s disputed 2009 presidential election.

Many details of the blogger’s case — including where he died — remain opaque.

What is known is that Iranian cyber police arrested Beheshti at his home Oct. 30 and accused him of “actions against national security on social networks and Facebook,” according to a summary by Reporters Without Borders, the Paris-based freedom-of-information advocacy group.

Iranian blogger, Quoted, Sattar Beheshti November 29, 2012
Japan oil imports from Iran fall in October on U.S. sanctions
Israel is right to back away from war with Iran despite nuclear fears