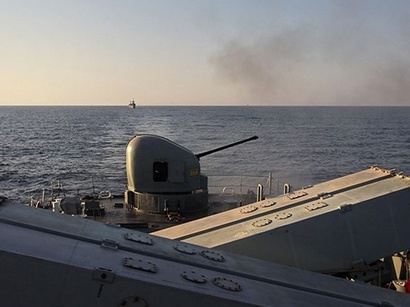 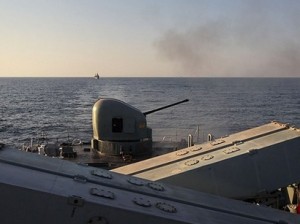 Iran’s Navy Commander Rear Admiral Habibollah Sayyari said during a press conference in Tehran that Iran will launch its Sina-7 navy on Nov.28.

According to the IRNA report, Sayyari added that Sina-7 navy is equipped with missiles.

“The second development stage of the Sahand destroyer will be inaugurated on the same day”, Iranian Navy Commander Sayyari said.

Previously Sayyari said on Oct.8 that Iran will start the new stage of the Sahand destroyer’s construction in December.

In September, Iran launched the Sahand frigate into the water, construction of which was completed ahead of schedule, in nine months. It is planned to equip the frigate with modern defence technology as well as special stealth capabilities.

The ship was originally called Faramarz, named after a character in Ferdosi’s Shahnameh. However after the Islamic Revolution it was renamed Sahand, after the volcano of that name.

Admiral Sayyari said that during the period of Sahand’s release in September and until December, it will be possible to witness all the improvements made to the frigate until the next stage of construction takes place.