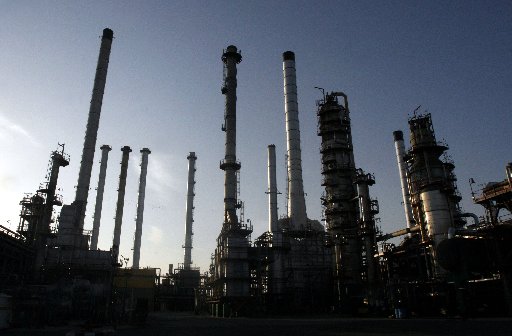 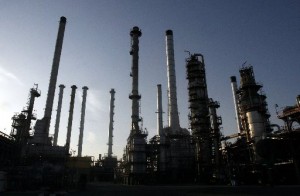 (Reuters) – Iran will build millions of barrels of oil storage facilities in the Gulf over the next few months in response to international sanctions on its exports, Iran’s Press TV reported on Sunday.

“By the middle of the next (Persian calendar) year (beginning March 20, 2013), nearly 8.1 million barrels will be added to the crude oil storage capacity of Iran,” Press TV reported the managing director of the Iranian Offshore Oil Company (IOOC), Mahmoud Zirakchian-Zadeh, as saying.

The International Energy Agency (IEA) estimates that Iranian oil exports rose to 1.3 million barrels a day (bpd) in October from around 1.0 million bpd in August and September, but sales are still far below the 2.2 million bpd it exported in 2011 because of U.S. and European Union sanctions.

Western governments led by the United States have increased pressure on the Islamic Republic this year in an attempt to curb its nuclear programme that they say is includes atomic weapons but Tehran says is peaceful.

In early 2012, Iran used some of its fleet of oil tankers to store crude it could not sell due to western pressure on its customers to reduce their intake.

But the number of ships anchored off its main export terminal in the Gulf, Kharg Island, has fallen sharply over the last few months, ship tracking data shows, as Iran’s state tanker company has had to use more of its own vessels to deliver crude to buyers unable to obtain shipping insurance.

The IEA estimates that Iranian crude oil held in floating storage nearly halved to 13 million barrels at the end of October from as high as 25-30 million in April.

Although short-term reductions in production could give Iran’s weary old oil wells welcome rest, a prolonged reduction in output could cause long-term production problems.

Iran has over 20 million barrels of onshore oil storage capacity at Kharg Island and another 5 million at Lavan Island but these facilities are believed to have been filled as Iran’s exports have slid over the past year.

The additional storage to be built over the next year near the Bahregan oil field in the northern Gulf would be enough to store less than three day’s of the IEA’s estimate of Iranian output of around 2.7 million bpd in October.