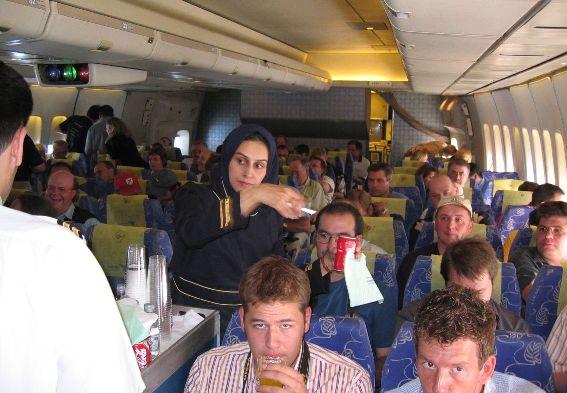 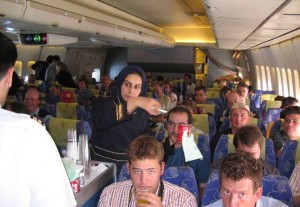 Iran Air increased the expense of tickets for travel outside the country by as much as 90 percent after a government decision to stop subsidizing jet-fuel prices sent costs at the state-owned carrier soaring.

Iran Air is lifting fares after the rial slumped 40 percent versus the dollar since August, with the cost of kerosene jumping 83 percent to 22,000 rials a liter, ISNA said. While the government shields importers of some goods from exchange rates by granting access to dollars at a central bank level of 12,260 rials, the Association of Iranian Airlines said in September that members would no longer benefit.

The price increases come as Iran’s economy is pressured by financial, trade and energy sanctions imposed by the U.S. and European Union to curb the country’s nuclear program.

Faced with soaring costs that include the expense of buying jetliner parts as the sanctions prevent purchases from Boeing Co. (BA), Airbus SAS and their suppliers, Iranian airlines had to be allowed to increase fares, Mehrdad Lahouti, a spokesman for the parliament’s development commission, said on Sept. 12.

Iran Air serves 17 European cities, including London, Paris, Amsterdam and three locations inGermany, and has a fleet of 51 aircraft, according to its website.

Iran increased jet-fuel prices for domestic services from 2,000 rials to 7,000 rials. While the country produces kerosene at the Bandar Abbas refinery, airlines worldwide usually refuel abroad following the outbound legs of international services to minimize the weight carried, exposing them to market rates.

“Given that the cost of jet fuel in various countries is high, it has been decided that its price will also increase,” Iranian Oil Minister Rostam Qasemi was cited as saying by the state-run Fars news agency in a report published Oct. 14.

Outside carriers including Qatar Airways Ltd. have increased services to Iran to fill gaps where the Islamic republic’s own operators are struggling to operate.

EU, fuel, Iran, Iran Air, Quoted, sanctions, ticket price, US November 25, 2012
Photos: Life on board an American aircraft carrier off the coast of Iran
Nasrallah capitalizes on Gaza to promote Iran among Arabs