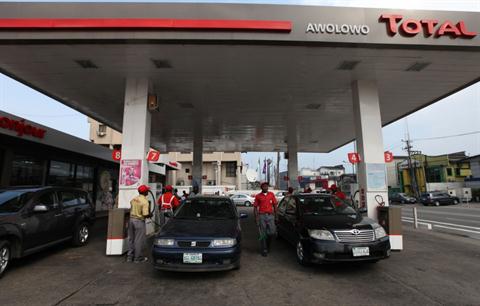 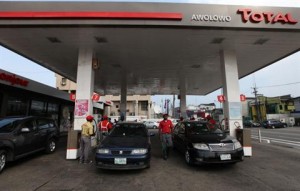 Iran is supplying more oil to Asia’s largest economies than at any time since the West tightened sanctions in July, threatening to undermine efforts to halt the country’s nuclear program and curbing gains in crude prices.

China, Iran’s biggest customer for oil, last month bought the most supplies from the Islamic Republic since June, customs data showed Nov. 21. Iranian cargoes to Japan rose to the highest level in six months in September, and South Korea resumed imports in October after suspending them for two months, according to government figures released through this week.

The purchases underscore Asia’s appetite for fuel to power its economies regardless of U.S. and European attempts to prevent Iranian President Mahmoud Ahmadinejad from pursuing his nation’s nuclear program.

China’s manufacturing may expand in November for the first time in 13 months, based on a preliminary reading of a purchasing managers’ index released Thursday. Brent has retreated since the sanctions drove prices to the biggest two-month gain in more than a year in August.

“Iranian crude has managed to find its way into the market in spite of the sanctions,” Praveen Kumar, an analyst at Facts Global Energy, said by telephone in Singapore. “That’s why Brent prices have fallen. The sanctions have definitely helped reduce Iranian exports, no doubt, but the U.S. probably hasn’t been able to clamp down as much as it would have liked.”

Brent, the benchmark price for more than half the world’s oil, surged 17 percent in July through August after the sanctions were implemented. It was the biggest two-month gain since the period ended February 2011, when anti-government protests across the Middle East and North Africa raised concern supplies would be disrupted. The region accounted for more than 36 percent of global oil production last year, according to BP Plc’s Statistical Review of World Energy.

Asian nations have increased imports by adapting to the measures. South Korea and India avoided being hurt by a European Union ban on insurance of vessels carrying Iranian oil by using the Middle East nation’s own tankers, while Japan offered government-backed coverage.

The EU sanctions that started on July 1 curbed shipments to Asia because 95 percent of the world’s tankers are covered in the bloc. Under an American law that took effect June 28, entities in nations that don’t win exemptions may be cut off from the U.S. financial system if they settle oil trades with Iran’s central bank.

Even as some Asian countries increase purchases of Iran’s crude, the country’s total oil output has dropped and the economy is suffering under the sanctions. The nation slipped three places this year to fifth among the largest crude producers in the Organization of Petroleum Exporting Countries, pumping 2.65 million barrels a day in October, according to data compiled by Bloomberg.

A currency crisis will probably deepen Iran’s economic contraction this year by more than the 0.9 percent forecast by the International Monetary Fund, Masood Ahmed, the fund’s Middle East chief, said Nov. 11. The country is set to suffer its deepest recession since at least 1993, when the economy shrank by 1.6 percent, according to IMF data.

The U.S. and EU suspect Iran’s nuclear program is aimed at producing atomic weapons, while Tehran insists the project is for civilian purposes.

The Islamic Republic’s production of medium-enriched uranium, which can be a step toward the weapons-grade enrichment needed to produce a bomb, rose 23 percent as of Nov. 10 from August, the International Atomic Energy Agency in Vienna said Nov. 16 in a report.

Iranian oil exports recovered to about 1.3 million barrels a day in October from an average of 1 million a day in August and September, the International Energy Agency said in its monthly report released Nov. 13. Crude shipments increased from a low of 860,000 barrels a day in September as China and South Korea alone bought 425,000 barrels a day more, the IEA reported, citing preliminary import data.

Asian imports of Iranian crude may falter should countries believe the U.S. won’t renew the exemptions from its sanctions, according to Victor Shum, a managing director at IHS Inc., an Englewood, Colorado-based economic researcher.

Japan and 10 EU nations won renewed exemptions for six months, according to a State Department release on Sept. 14 that said the international community was “determined to make significant cuts to Iranian oil revenue.”

“For the waivers to be renewed, these Asian buyers need to continue to show efforts to limit the purchase of Iranian crude,” Singapore-based Shum said by telephone Thursday. “I don’t think anything has changed in this mindset.”

An official at the State Department who asked not to be identified declined to comment Thursday on Iran’s oil exports to Asia.

China imported an average 458,000 barrels a day of crude from Iran in October, or 8.2 percent of its total purchases, customs data showed. While daily volume rose 19 percent from September, it was down 23 percent from a year earlier. Buying oil from the Islamic Republic is “completely justified and legitimate,” Hong Lei, a spokesman for the Chinese Foreign Ministry, said on June 29 in Beijing.

China’s economy will expand between 7.2 percent and 8.4 percent this quarter, according to a Bloomberg News survey of 29 economists conducted from Nov. 14 to Nov. 19. Growth slowed for a seventh quarter to 7.4 percent in the three months ended September. Manufacturing may be set to grow after a preliminary November reading of 50.4 in a purchasing managers’ index released Thursday by HSBC Holdings Plc and Markit Economics. That compares with 49.5 for October. A reading above 50 indicates expansion.

South Korea received 187,000 barrels a day in October for its first imports since July, customs data showed Nov. 15. The deliveries were down 31 percent from a year earlier. SK Innovation Co. and Hyundai Oilbank Co. resumed imports after Iran offered its own tankers for transport.

“Asian countries are not going to completely back away from Iran,” Jit Yang Lim, a senior consultant at KBC Advanced Technologies Plc in Singapore, said by telephone Thursday. “In China, most of the new processing capacity that’s set to come online is designed to use medium-sour crudes, the kind Iran supplies. If China has to recalibrate its refineries to use different crudes, it’s going to be costly.”