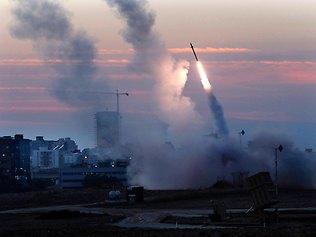 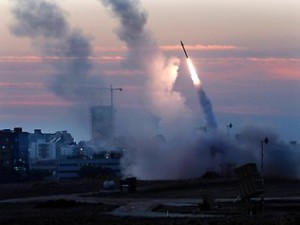 Iran, which has for years supplied Hamas with weapons, is up against the new Egypt for the militant group’s loyalty. Changes in Syria could also weaken Iran.

CAIRO — Iran for years has supplied Hamas with weapons as part of its own struggle against Israel, but the conflict in the Gaza Strip reveals a shift in regional dynamics that may diminish Tehran’s influence with Palestinian militant groups and strengthen the hand of Egypt.

The longer-range missiles fired by Hamas over the last week — believed to be modifications of Iran’s Fajr 5 missiles — startled Israel by landing near Jerusalem and Tel Aviv. A front-page story in Iran’s conservative daily, Kayhan, boasted: “The missiles of resistance worked.” Tehran would not confirm the weapons’ origin, except to say it sent rocket “technology” to Hamas.

Instead, Foreign Ministry spokesman Ramin Mehmanparast told reporters: “What is important is that the people ofPalestine must be equipped to defend themselves, and it is the responsibility of all countries to defend the rights of the people of Palestine.”

But the Gaza fighting erupted during a new era in the Middle East brought about by the rise of Islamist governments, notably in Egypt, that have replaced pro-Western autocrats. The political catharsis has spurred anti-Americanism, which Iran relishes, but it also has upset Tehran’s regional designs.

In Syria — which along with the militant groups Hamas and Hezbollah has been Iran’s proxy opposing Israel — a revolt inspired by the “Arab Spring” could force President Bashar Assad from power and bring in a government less friendly to Tehran. Hamas angered Iran by opposing Tehran’s continued support of Assad and siding with the Syrian rebels, who are mostly fellow Sunni Muslims.

Iran’s immediate concern in Gaza is keeping Hamas from strengthening its ties to Arab capitals. This may be difficult, as evidenced by the fact that Egypt’s Muslim Brotherhood, which inspired the founding of Hamas and now is in charge of the Egyptian government, played a key role in brokering the cease-fire announced Wednesday.

Egyptian President Mohamed Morsi is likely to press the militant group not to further agitate the region — and Egypt’s many domestic problems — with sustained violence against Israel. But Egypt has been criticized for tacitly arming Hamas by not tightening its border with Gaza to stop weapons smugglers from Libya and Sudan.

“The Iranians [had] better understand the paradigm is shifting in the Middle East,” said Nabil Fahmy, former Egyptian ambassador to the U.S. and founding dean of the School of Public Affairs at the American University in Cairo. “Hamas needs Cairo tremendously. It really has no other interlocutor to deal with Israel.”

But he added that the region is so fluid and unsettled that it is too early to predict winners and losers: “If there are peaceful resolutions, this will lead to a reduced Iranian role. If, on the other hand, you have an increased use of violence,” he said, “then ultimately any player that has been supportive of a more aggressive posture will gain ground.”

Iran characterized Hamas’ rocket fire on Israel as part of an effort to keep the government of Prime Minister Benjamin Netanyahu off balance. Netanyahu has threatened to attack Iran’s nuclear program, and some suggest the airstrikes on Gaza have been a warm-up exercise. Tehran viewed the Gaza conflict as a means to distract Israel and further inflame anti-Jewish sentiment in a region tipping increasingly toward Islamists.

“Hamas’ ties with Muslim Brotherhood and Egypt’s current government are different from its ties with Iran,” said Nader Karimi, a journalist and political analyst in Tehran. “In peace, when diplomacy is needed, Hamas is closer to Egypt at the expense of Iran. But when it’s at war with Israel, Hamas’ relations with Iran are more important.”

Khaled Meshaal, Hamas’ political chief, acknowledged as much after the cease-fire was announced Wednesday. “Iran played a role in this achievement as well,” he said. “We have differed with Iran on the Syrian issue, but we agree against the oppression and occupation of Zionists.”

The Muslim Brotherhood in Egypt “let down Hamas in the current war,” said Hamid Reza Taraghi, a conservative Iranian analyst who criticized Cairo for not opening Egypt’s border with Gaza to supply Hamas with arms. “Hamas now realizes that Iran is the genuine supporter of the Palestinian cause.”

Former Egyptian President Hosni Mubarak was suspicious of both Hamas and Iran. Mubarak, a close U.S. ally, had no formal ties with Iran for decades. Morsi visited Tehran last summer and indicated a change in tenor, even as he has angered Iran by condemning Assad’s mass killings of Syrians.

But Egypt’s domestic problems, including economic turmoil, the battle over a new constitution and gas and water shortages, are his steepest challenges. Morsi also is attempting to stem increasing instability in the Sinai Peninsula, where resurgent militant groups, some believed to be aided by Hamas, have killed Egyptian security forces and launched attacks at Israel.

Trouble in the Sinai jeopardizes Egypt’s 1979 peace treaty with Israel but plays into Iran’s efforts. Analysts suggest that Cairo will work to rein in Hamas, and other rivals of Iran including Sunni Muslim Persian Gulf nations such as Qatar will also be more deeply involved. The emir of Qatar, Sheik Hamad bin Khalifa al Thani, visited Gaza in October and promised $400 million in aid.

Egypt, however, poses the biggest obstacle to Iran’s plans in Gaza. Morsi and the Muslim Brotherhood regard Cairo as the unquestioned regional mediator between the Palestinians and Israel.

“Egypt has historic, geographic and religious ties with Palestine and Gaza. These ties cannot be bought,” said Sadegh Hosseini, an expert on Iranian politics. “Gaza is the backyard of Egypt. In recent years, we have seen that ideologically Hamas is another branch of the Muslim Brotherhood.”