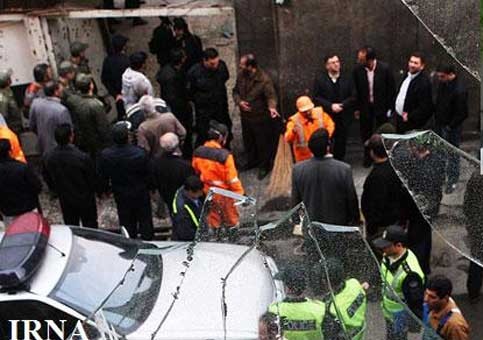 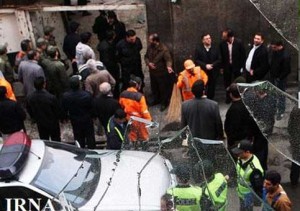 Iran’s Intelligence Ministry has arrested people planning bomb attacks with the support of Western and Israeli spy agencies in the oil-producing province of Khuzestan, state television reported on Friday.

Khuzestan, in Iran’s southwest, is home to a large population of ethnic Arab Iranians, also known as Ahwazis, who have long complained of economic deprivation and systematic discrimination by the authorities. The region has occasionally suffered violent action by militants.

Iran has in the past accused Western intelligence agencies and the Israeli Mossad of carrying out attacks against its nuclear scientists.

“In the last few days a number of terrorist elements connected to foreign intelligence services … were identified and arrested along with a significant amount of explosives materials and items sent from a country in the Persian Gulf area,” the Intelligence Ministry statement said, according to Iranian state television’s website.

“These elements, led by Western-Zionist intelligence services, sought to commit other acts of sabotage, which were foiled.”

The statement said the individuals, who it did not otherwise identify or give details on, had planned to blow up parts of Khuzestan’s energy infrastructure.

Five Iranian scientists and academics have been killed or attacked since 2010, in incidents believed to have targeted Iran’s disputed nuclear programme, which the West says is aimed at producing a bomb, a charge Iran denies.

The United States has denied involvement in the attacks, while Israel has remained silent.

Ten Iranian Arabs were sentenced to death in July 2006 in Ahvaz, the capital of Khuzestan, for a series of bombings.

Activists say Iran’s authorities have increasingly cracked down on Ahwazis, who say they are discriminated against in employment, housing, and civil and political rights.

In June, U.N. human rights experts said Iran had executed four Arab Iranians after an opaque trial whose fairness was questionable, and urged Tehran to halt all executions.