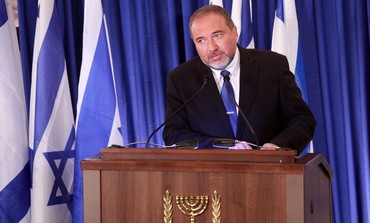 Liberman: Israel will act on Iran as it did in Iraq, Syria 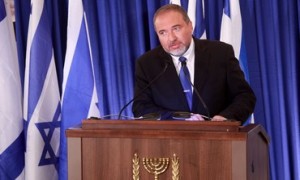 Foreign minister says public should trust decision makers with Tehran threat, accuses Abbas of trying to save himself with the Palestinian UN bid, asserts IDF attacks on Gaza are the only answer to rockets.

Foreign Minister Avigdor Liberman said on Wednesday that Israel’s handling of the Iranian threat will be the same as actions taken against Iraq and Syria.

Liberman was referencing the 1981 Israeli strike on Iraq’s Osirak nuclear reactor and the 2007 attack on Syria’s nuclear core at Deir al-Zor. Israel has never officially acknowledged bombing the Syrian core although it has been widely reported to have been behind the attack.

Liberman asserted  that Israel “knows how to act” to prevent Iran from obtaining a nuclear bomb. The foreign minister said the public should leave the decision on how and when to act to decision makers. “If you want to shoot, shoot. Don’t talk,” he added.

The foreign minister was speaking to students at the Ariel University Center, where he also asserted that the best defense against Gazan rocket attacks against southern Israel is IDF attacks on the Strip.

Referring to the Palestinian bid for UN recognition as a non-member state, Liberman said it is “not a diplomatic alternative to [peace] talks,” and that it crosses a red line.

Liberman did not respond to reports of a Foreign Ministry position paper that considers ousting PA President Mahmoud Abbas as one possible tactic to dealing with the PA’s UN statehood bid, but he did take the opportunity to criticize Abbas.

During the talk with Ariel students, the foreign minister accused Abbas of trying to save himself politically with the bid, not his people.

Liberman asserted that Abbas has failed as a leader and that he has lost control of the Palestinian street, as the Palestinians are split between Gaza in Hamas and Fatah in the West Bank.