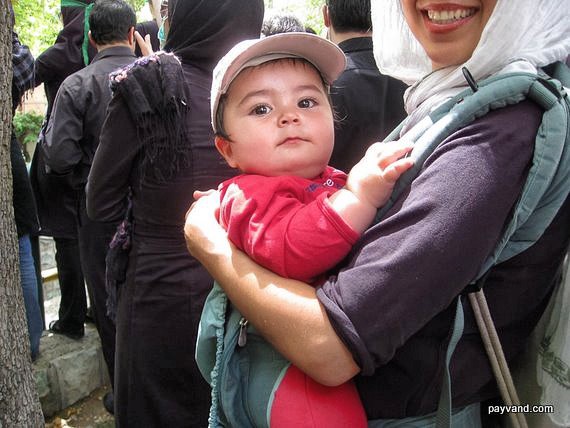 Iran aims for baby boom, but are Iranians in the mood? 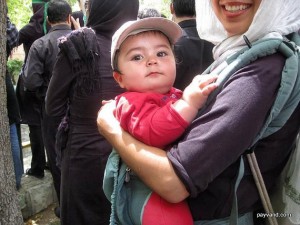 Nov 14 (Reuters) – Before Somayeh can have the second child she and her husband have been talking about, they must first consider the expense.

“Baby food, clothes, doctors, the hospital – it all costs a lot of money. Which we can’t afford at the moment,” she said, speaking to Reuters by phone from inside Iran.

Like many countries, Iran is concerned that its low population growth rate, estimated at 1 percent by the United Nations in 2011, will foster an aging population with potentially disastrous consequences for its workforce, public health infrastructure and social security network.

The government is trying to reverse the trend. But it faces unique headwinds.

In addition to worries about money and employment they share with millions of young people around the world in an economic downturn, Iranians must contend with high inflation, a plummeting currency and the possibility of war if Israel follows through on threats to strike Iran’s nuclear sites.

Changing ideas about the role of women and the family also play an important part.

Somayeh’s husband was eager to have a child soon after they married five years ago, but she insisted they wait until they could move out of their rundown flat, with intermittent electricity and leaky ceilings, in a dangerous part of Tehran.

“I was terrified of raising a child in that neighbourhood,” she said, asking that her last name not be used.

After she got a job cleaning a beauty parlour and her husband secured a loan to buy a taxi and work as a driver, they were able to move to a better one-bedroom home in Karaj, outside Tehran. They now have a two-year-old son.

“I have been thinking about having my second child but with the high prices, we won’t be able to manage it,” she said.

Firoozeh, 32, is also burdened by financial worries. She estimated the cost of giving birth, including doctor and hospital fees, at about 100 million rials, or about $3,000 at current open market exchange rates.

That is a hefty burden in a country with a per capita gross domestic product of about $6,400, according to International Monetary Fund estimates.

“The costs of having a child are so high that I’m ready to use any method in order to not have children right now,” Firoozeh said, adding: “My husband and I love children and are working as hard as we can to improve our situation so we can have them.”

Firoozeh cited another factor – greater independence and choices for young women. Around 60 percent of Iranian college students are women, and experts say rising career and educational aspirations for women in the last three decades have contributed to the sharp fall in fertility.

Unlike previous generations, “I worked and had complete freedom” as a single woman, said Firoozeh, who waited until she turned 31 to get married. “I think the previous generation got married because of the limitations put on them by their families (when they were single).”

Advocates of the new population growth policies say the aim is to return to traditionally large Iranian families while ensuring a robust workforce in the next half-century.

Without setting out a specific timeframe, officials have said Iran should eventually have 150 million people, double the current population.

“They need young people to marry and have children, and certainly the current economic environment they live in does not encourage it,” said Farzaneh Roudi, program director for the Middle East and North Africa at the Population Reference Bureau, a non-profit organisation based in Washington that provides data on world population trends.

Gerhard Heilig, a population trends expert at the United Nations, said reversing a low fertility rate was a huge task.

“The decline in fertility, when it’s so low, has really nothing to do with official policies usually,” he said. “This is a lifestyle choice and once people have made this lifestyle choice it’s very difficult to reverse it.”

“MAY GOD AND HISTORY FORGIVE US”

The current campaign is just the latest in a series of family planning initiatives launched with great fanfare as Iran’s authorities lurched from one extreme to the other over the decades.

Although Iran was a pioneer in establishing a formal family planning program in 1967, its fertility rate remained high, at 6.5 births per woman in 1970, according to U.N. figures.

The Islamic government that came to power in the 1979 revolution at first advocated population growth and suspended the family planning program.

During the war with Iraq in the 1980s, Iran encouraged large families to contribute to manpower and strategic advantage over the enemy, offering economic incentives to do so. The founder of the Islamic Republic, Ayatollah Ruhollah Khomeini, spoke at the time of creating an army of 20 million.

The campaign worked: Iran’s population jumped to nearly 50 million in 1986 from 34 million a decade earlier, with an average growth rate of 3.9 percent a year, one of the world’s highest, according to the Washington-based PRB.

But in the late 1980s, worried that the fast growth would hobble the economy and tax public resources, the government reversed course with a campaign of subsidised contraceptives and mass education. Slogans like “Fewer children, a better life” and “One child is good, two are enough” publicised the government effort.

A fatwa, or religious edict, from Khomeini sanctioning contraceptive use served as an Islamic stamp of approval on the practice for conservative Iranians.

“People who were working in the family planning field really felt that they were helping those women avoid pregnancies that they did not want,” said Roudi, who has visited health clinics in Tehran, Mashhad, Shiraz and Isfahan for her research.

Officials now say staying with the policies of the late 1980s and early 1990s for so long was a mistake.

“One of the mistakes that we made, and I share in this mistake, is the issue of population control,” Supreme Leader Ayatollah Ali Khamenei said in a rare apology in a speech in October. “The population control policy was necessary at first, but it should have been stopped by the mid-1990s … may God and history forgive us.”

The new government line recalls the wartime rhetoric of the early 1980s, even if Iran is not actually at war – at least not yet.

“Countries, when they are in conflict or war, they always think that a larger population makes them stronger,” Roudi said. “Practically, Iran is in war with the U.S.”

Iran’s nuclear enrichment programme, believed by the United States and its allies to be aimed at developing a weapons capability, has deepened its diplomatic and economic isolation in the last two years.

Although Iran insists its nuclear programme is peaceful, the West and world powers continue to tighten economic sanctions against its oil and banking sectors, taking a huge economic toll that has contributed to higher consumer prices and unemployment.

Israel has threatened to bomb Iran’s nuclear sites if sanctions and diplomacy fail, heightening the country’s sense of being under siege.

The government’s current strategy is comprised of stopping the population control programmes and increasing financial incentives to get married and have children.

“The budget for the population control program was completely eliminated and currently there is no such program in the health ministry,” Health Minister Marzieh Vahid Dastjerdi was quoted as saying by Iranian media in August.

Parliament is looking at amending the 1993 family planning law, which limited public benefits for larger families and called for education about family planning in schools.

Iran’s Supreme Council of the Cultural Revolution, a powerful conservative body, announced in October that loans, gold coins and cheap housing could be considered for families who have more children.

Dr. Javad Salehi-Isfahani, an economist at Virginia Tech University in the United States, said the new policies may make a difference for poorer families, for whom the cost of birth control is a more significant part of their budget or for whom financial incentives might be more important.

“The poorer children are now going to be coming from larger families,” he said, with possibly unexpected societal effects: “They’re going to have a harder time competing with the educated children of wealthier families.”

He predicted the measures were not likely to work with the wider population, however, citing the failure of initiatives like the promise of payment in 2010 for each newborn of one million tomans, at the time worth about $1,000.

“A million tomans is nothing for a family to change their behaviour,” he said.